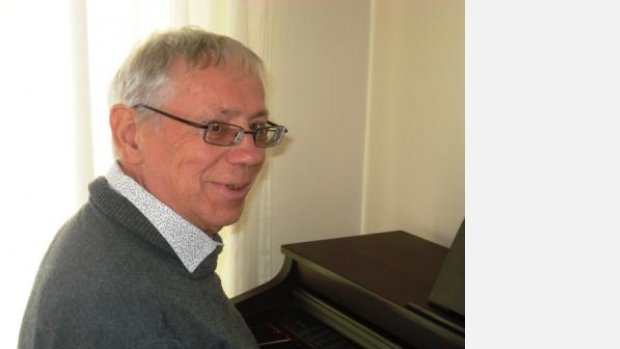 Malcolm Dedman was born in London, England, on 3 November 1948. Fascinated at an early age by his mother’s piano playing, she taught him to play when he was around 5 years of age. Once Malcolm had a basic understanding, he found himself improvising alongside his regular practice. By the age of 12, he realised that he wanted to write some of these ideas down, so this became the starting point to his career as a composer.

During his teens, he listened to a lot of new music and basically taught himself to write, learning from what he heard. For him, writing music was not a choice, it was something he had to do. With minimal input from other musicians, he won two prizes: a setting of the Magnificat (in English) for the ‘Free Church Choir Union’ and a Sonatina for the Brent Music and Dance Festival, a work which was later to form the first movement of his Piano Sonata No. 1 – Restoration.

Despite the urge to write music, his studies lead him to science, and he graduated in 1971 with an Honours Degree in Applied Physics. He earned his living for the next twenty years as an electronic design engineer with various companies in the UK. Shortly after starting work, he studied composition informally with Patric Standford, who was teaching at the time in the Guildhall School of Music and Drama in London. This helped to establish a more personal style and to become more practical in his approach to composition.

Even though Malcolm won other awards and secured performances of his music, it was not until 2004 that he was in a position to pursue a degree in music. To this end, he studied for his Masters in Composing Concert Music at the Thames Valley University in London (now the University of West London), graduating with distinction in 2005.

He considers his compositional style to be an individual one, benefitting from an in-depth understanding of twentieth century trends, ranging from serialism to quasi-aleatoric techniques. He now adopts an individual ‘post-modern’ idiom, based on original modes, that is very personal in approach. Although his music owes much to the music of Messiaen and Bartók – composers he has always respected and admired – it also integrates music by many other composers as well as music from different cultures. He believes in writing music that speaks directly to the audience, conveying a purposeful message, in a style that is appropriate to this century and without compromising musical quality.

More recently, Malcolm has received performances in England, Ireland, France, Bulgaria, Italy, USA, Brazil, Mexico, Japan, New Zealand and South Africa. Many of these performances have been received well by audiences and critics, including two excellent reviews by Anthony Payne.

In 2004, he was married to a South African lady and moved to that country in 2007. He is now a board member of NewMusicSA that promotes new music in Southern Africa.

Major first performances that have been received well by both audiences and critics include: Christmas Cantata – ‘The Word was Made Flesh’ in Birmingham, UK (1975); Three Dance Episodes for oboe, guitar and piano at the Wigmore Hall, London (1977); String Quartet No. 1 at the Purcell Room, London (1980); Piano Sonata No. 2 – ‘In Search’ (1986) and Two Reflections for piano (1988), both at the Purcell Room. More recently, in South Africa, first performances include: Light of Unity for two cellos and piano at the Aardklop Festival, Potchefstroom (2010); Trio Sonata for flute, cello and piano at UNISA, Pretoria (2011), Plea for Concordance for two cellos and piano at the Volksblad Arts Festival, Bloemfontein (2011) and Danses Concertantes given by the strings of the KZN Philharmonic Orchestra at the Durban Jewish Club (2012).

Most of his scores are self-published, under the name ‘Misty Mountain Music’, along with two CDs: Tranquillity Zone, containing music for total relaxation, meditation and peace; and Piano Showcase: containing his music for piano solo and four hands. Additionally, his ‘Dance of Africa’, for violin and piano, has been included on a CD entitled Gypsy Violin, performed in New Zealand by Cathy Irons and Flavio Villani. Some of his music can be heard at http://www.reverbnation.com/malcolmdedman.