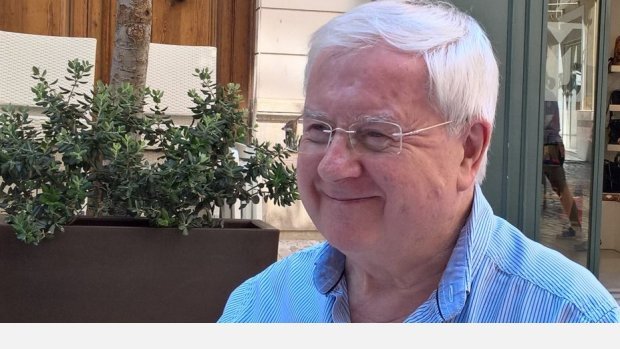 From 1967, he divided his career between orchestral playing (timpani and percussion) and composition. He was a member of the BBC Training Orchestra and in 1974, joined the orchestra of Sadler's Wells (English National) Opera, where he remained for 11 years, the last five as principal timpanist. During this period, he composed prolifically in many genres and worked in music publishing as a part-time promotion manager and editor for United Music Publishers. He was involved in the premieres and recordings of works by Simon Bainbridge and Edward Roxburgh and created the first corrected edition of Havergal Brian's Gothic Symphony.
In 1985, he became involved in composing, orchestrating and conducting music for films and television while remaining active as a freelance timpanist and percussonist. He was an executive committee member of the Association of Professional Composers, music consultant to London Film School for almost 22 years, he taught a postgraduate course in film music at London College of Music (where he also taught conducting, arranging and aural studies) and was a guest lecturer at the Royal Academy of Music.

In the 1990s he became involved with brass and military bands as a composer, arranger and conductor, he was features editor of British Bandsman magazine for nine years and created brass band transcriptions for Turner prize-winner Jeremy Deller's Acid Brass project. He was also civilian arranger-in-residence with the Band of the Coldstream Guards for six years.
Now semi-retired, he continues to compose, arrange and edit music and is an external examiner for Salford University.

In 2017, his First and Fourth symphonies were recorded by Paul Mann and the Malaga Philharmonic Orchestra and released on the Toccata Classics label.