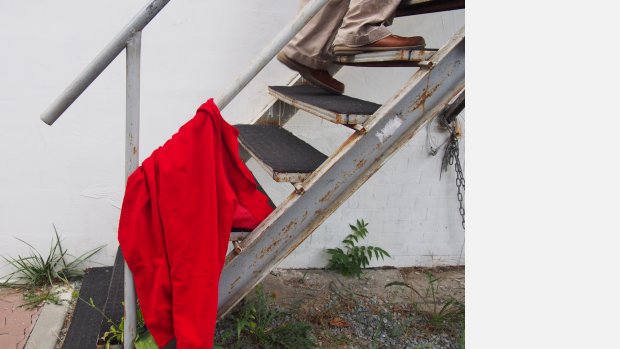 Using intuitive composition, field recording, improvisation and photography, Jez has been exploring his enjoyment of and interest in detail, simplicity and his emotive response to places and situations for over 3 decades.

Alongside performances, exhibitions, installations, he lectures and runs workshops around the world on field recording and the act and art of listening, intuitive composition and photographic scores - a technique that he has pioneered. He also curates the ‘engraved glass’ label and the ‘a quiet position’ series of online releases / forums exploring the broad ideas surrounding field recording as a primary art of sound / sound art.

Recent work includes commissions for Tate Modern (UK), Artisphere (USA) and for organisations in Italy, Iceland, Japan, Spain and the UK. A section of his piece for Tate Modern was also chosen to be part of the ‘500 years of British Art’ series at Tate Britain.

In recent years he has been working extensively on recordings of surfaces and spaces (natural and man made) and developing the concept of photographic scores. Jrf is particularly associated with the development of extended recording techniques, including the recording of structural vibrations, contact microphone recording, ultrasonics, infrasonics, internal electronic signals via coil pick-up's and recordings made with hydrophones.

Amongst his key recent works are pieces capturing the sound of the dolomites dissolving, ants consuming fallen fruit, the Tate Modern building vibrating, the infrasound of domestic spaces around the world, glaciers melting in Iceland and the tonal resonances of natural and human objects in the landscape.

current series of works include:

'movere' - a series of pieces composed of field recordings, both passive and involving interactions with spaces and objects

'scores for listening' - photographic scores, visual cues for listening - realisations of these scores have been performed extensively across the world as elements in performance events and as private or group listening experiences.

Of his photographic scores, the researcher and academic Christopher Haworth said in 'Source - the photographic review journal' (spring 2016): 'Jez riley French’s photographic scores series is a compelling intervention in this sea of images. They invite the viewer to see them as conduits, representations, translations or spurs for sound – and this remediation has the effect of reversing some of the effects of our image- saturated culture. Where time in the age of the digital photograph is produced by gliding from one image to the next, French’s photos attempt to bring temporality into the experience of viewing. The images manufacture an experience of time through the visual evocation of sound and soundscapes.... By introducing the experience of duration into our consumption of images, via the mediation of phonography, they invite us to attend seriously to our mediated environment and consider our contribution to it – but without necessarily defaulting to a critique of the new sounds of modernity or a valorisation of pre-industrial civilisation. As score #26 shows, one can have both.' 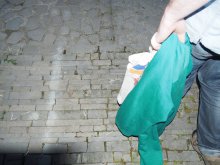 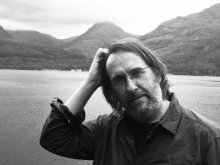