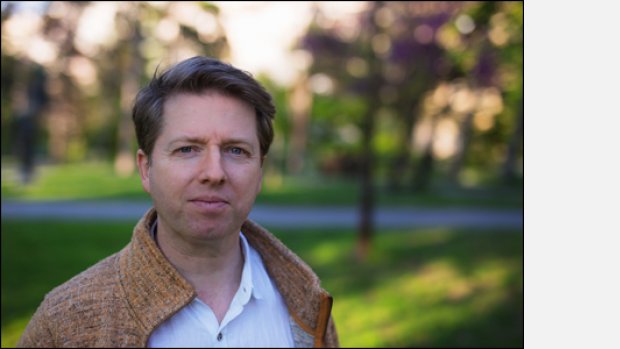 Ian Wilson was born in Belfast in 1964 and began composing while at university. He has since written over 200 works, including operas, concertos, 20 string quartets, a range of orchestral and chamber music and multi-media pieces. His compositions have been performed and broadcast on six continents and presented at festivals including the BBC Proms, Venice Biennale and Frankfurt Bookfair and at venues such as New York's Carnegie Hall, London's Royal Albert and Wigmore Halls, Amsterdam's Concertgebouw and Muziekgebouw, Vienna's Musikverein and Tokyo's Suntory Hall. Wilson has in recent years also worked with jazz musicians, Asian tabla and Chinese pipa players and traditional Irish singers; he has also collaborated with choreographers, theatre directors and electroacoustic and computer music composers.

In 1991 Ian's first orchestral work, Running, Thinking, Finding, received the composition prize at the Ultima festival in Oslo and in 1992 he received the Macaulay Fellowship administered by the Arts Council of Ireland. In 1998 he was elected to Aosdána, Ireland's State-funded body of creative artists and in recent years he has been AHRB Research Fellow at the University of Ulster, An Foras Feasa post-Doctoral Research Fellow at Dundalk Institute of Technology and Associate Composer with both the Camerata Pacifica ensemble and the Ulster Orchestra. He was director of the Sligo New Music Festival from 2003 to 2011. Ian received a Major Individual Award from the Arts Council of Northern Ireland in 2016.

There are commercially-available recordings of nearly fifty of Ian's works on labels including Diatribe, Riverrun, Black Box, Timbre, Guild, Meridian and Chandos. His music is published by G. Ricordi & Co. and Universal Edition Ltd.