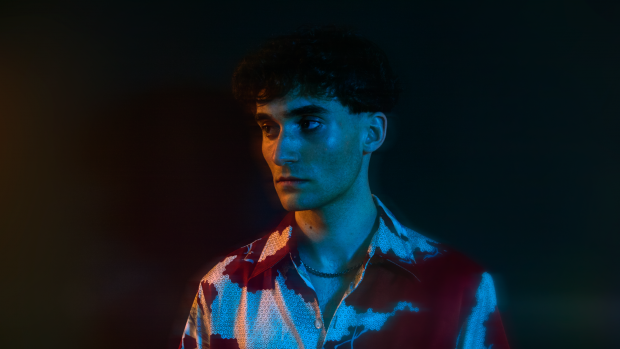 Contemporary Art Music and the Merging of Styles

As part of our BMC Future Views series, where we provide UK-based writers, creators and musicians aged 18-25 with a space to platform their ideas, composer Otto Hashmi wrote about the merging point of classical and popular styles in contemporary music

Modern music is a peculiar concept in the classical world. It would make sense to assume that it should refer to contemporary music, or at least work created in the 21st century. To some it refers only to the bleeding edge of current composition, eagle eyes watching the path forged in real time. To others it refers to everything from the 1900s onwards, composers such as Messiaen and Stockhausen being seen as the vanguard of modern compositional practice – despite it being decades since their passing, let alone since they produced the bodies of work for which they are most renowned. While I have nothing but respect for these composers, whose explorative work pioneered the avant-garde and pushed the boundaries of sound and media themselves, I believe that the tide has turned as we enter into the era of late stage capitalism and the waxing influence that popular music has over our society.

Before we reach these changes, I think it important to consider the context that has brought us to this point. Throughout the passage of the western canon there has been both a constant divide and a simultaneous flirtation between ‘highbrow’ and ‘lowbrow’ forms of art. Whilst these terms can be simplistic and somewhat discriminatory, they also accurately represent a stylistic and conceptual divide that can be observed over centuries past. This would originally have presented itself as a divide between communal/social music, in other words Folk music traditions; and liturgical music, the music of religion. With the development of modern capitalism this profound distinction has evolved into the two contrasting schools of commercial and conceptual music.

Folk music has existed as long as there have been peoples and cultures. It is a communal vehicle to strengthen social bonds, record events, and cement into art the shared experience of a people. Well before the rise of popular music this would have served as the default ‘lowbrow’ form of music, in contrast to liturgical music from which the western canon arose. In the medieval era, the rise of the secular motet saw harmonies of liturgical 'highbrow' origin being fused with secular texts, reclaiming the liturgical context and becoming a decontextualised work of art in its own right. In the following centuries as classical music developed, Folk music was still referred back to on frequent occasion and viewed in an ever more open-minded light. King Henry VIII’s composition ‘Pastime With Good Company’ shows a leisurely theme being attached to simple homophony in the form of a simple song. Fast-forward to the 19th century and we can see folk music again alluded to in the classical tradition in more intentional ways. Vaughan Williams’ collection and usage of English folk melodies was a clear celebration of these oral traditions in a high-brow context, and composers such as Tchaikovsky and Shostakovich alluded to Russian folk themes in their work both as a celebration of heritage and a subtle show of defiance against government.

A turning moment for this Folk-Classical, Lowbrow-Highbrow, Communal-Elite relationship came in the early 20th century with the arrival of Jazz. Jazz has its origins in folk traditions of African-Americans in the USA, yet ran largely separate to other schools in the USA due to its very nature as a music of Black origin in a country rife with social issues of slavery, racial segregation, and discrimination. In many ways though this enforced separation permitted the style to develop in a crucible of sorts, quickly growing in both theory and technicality that paralleled western classical music whilst retaining a performance and oral tradition that was more on par with that of a folk music.

The biggest game changer over the last century however has been popular music. Born from the fusion of folk songs, show music, early jazz, and other forms of communal music, it has come to dominate our contemporary society in all aspects due its defining feature, namely its commercialisation. Popular music was born from the desire to use music as a means for profit, and this is shown through its simplistic melodies, the concept of “ear-worms”, danceability, and other features that are utilised to drive profit through sales, licensing, and streaming. Yet simultaneously it has birthed innovation over the past fifty years in many respects greater than those seen in classical music. The late 1960s saw a shift in approaches to recorded music, with artists such as the Beatles and The Beach Boys treating recorded music not merely as a representation of a song as it is to be performed, but as a means of composition in its own right. I consider that this stage in around 1966 represents the moment when the concept behind popular composition was given the potential to supersede the audience (and therefore also profit) as the prime motivator for composition. This paralleled trends in the classical music world with acousmatic music and tape as a medium, something which was also a great influence on pop artists in the 60s (the most obvious example being The Beatles “Revolution 9”). From this point onward, popular music has developed in a much more organic way by being tied to cultural and sub-cultural movements in society, evolving new concepts and sounds at a much faster rate than anything seen in the classical world.

Nevertheless, I do not think it fair to place all focus on popular music as the front of commercialisation. There is a clear trend in programming within the classical music world, where familiar works from composers such as Beethoven and Mozart are billed due to their reliability – there is an ever-present audience with deep pockets, typically retirees and those who wish not to venture too deep into conceptual music, which incentivises concert halls to prioritise the tried and trusted over new music and lesser known non-contemporary works. Can we really describe this work as art music if its clear modern function is to bring in a more reliable profit to concert halls?

This brings me to a key term for the 21st century – Art Music. Once viewed as little more than a synonym for general western classical music, I believe the term provides so much more depth than it is often afforded. To me art music refers to any work where the concept is the driving force, as opposed to the more usual commercial or social forces. In the early 21st century we are seeing an accelerated erosion of the boundaries between classical and popular music’s. The terms “popular” and “classical” music hold less weight and are less descriptive in determining the place where contemporary music is currently at, as composers blur boundaries and push forward a sound that pursues conceptual and aesthetic value through whatever means are available to the composer, rather than what is considered traditional or correct. I believe truly exciting composition exists in its own right, whether stemming from classical origin or otherwise, the most important aspect being the desire to test and push the boundaries of sound as an art-form and the contexts that surround it.

I consider it truly an exciting time for art music as society grapples with the choke-hold that late stage capitalism holds over music (and us) and as our society undergoes a variety of radical shifts most notably exemplified by the pandemic, progress for social justice, and the responses to climate emergency. Key moments for me include Shiva Feshareki and James Bulley’s realisation of Daphne Oram's 'Still Point' at the BBC Proms in 2018, combining classical instrumentation with turntables, and Anna Meredith’s work ‘Four Tributes to 4am’ and its climactic use of the bass-snare drum call and response that so often serves as the rhythmic impetus for popular music As modernist composers such as Stockhausen and Parmegiani questioned the shackles of medium, timbre, and origin of a sound; in our post-modern era the big questions being asked are increasingly directed towards why we make music and for whom we make it. As commercialisation penetrates every aspect of the arts it becomes possible both to embrace it and also to push against it, by embracing aspects of popular music’s communally focused sound and accessibility – whilst conceptually paving the way for bigger questions of our society, the arts, and our society’s consumption of the arts.

Otto is a composer and multi-instrumentalist from London. He received his BA Music with Honours from the University of Bristol in 2018, where he was the recipient of the graduate prize for studio composition. His studies in early music as a Recorder player were quickly contrasted by his work in the pop industry as an internationally touring session musician. His own musical output seeks to bring these sound-worlds together in new and refreshing ways.

Contemporary Art Music and the Merging of Styles