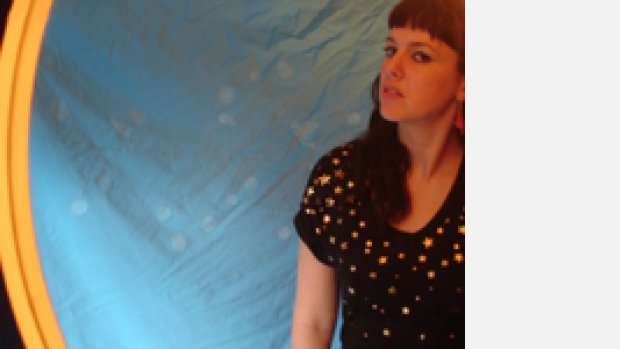 Anna Meredith is a composer of acoustic and electronic music as well as a performer, animateur and drum teacher.As a concert composer she has written for Ensemble Modern, the LSO, the BBC Philharmonic, the SCO, the Smith Quartet, orkest de ereprijs and Horses Brawl amongst many others and from 2004-2007 was Composer in Residence with the BBC Scottish Symphony Orchestra, for whom she recently completed a Trombone Concerto 'barchan' for their Principal Trombone, Simon Johnson.2007 saw the culmination of Anna's part in the London Sinfonietta's Blue Touch Paper project where she was mentored by Matmos. For the final performance, Anna created a new work /flak / with live electronics as well as a new purely electronic piece /music for intervals/ with visuals by the Animation Department of Kingston University and flat-e.During 2008 Anna is writing a youth music theatre work— Tarantula in Petrol Blue, for Aldeburgh Music with libretto by Philip Ridley, due for performance in 2009.She is also writing a new work for the 2008 Last Night of the Proms which will use live elements from the various Last Night of the Proms and Proms in the Park concerts.Anna is also working on a plan for a Concerto for Beatboxer and Orchestra with the beatboxer Shlomo and her regular projects with the Camberwell Composers Collective, currently New Music Associates at Kettles Yard in Cambridge, of which she is a founder member.Anna frequently works with visual artists, especially her sister Eleanor Meredith and has performed her electronic pieces at Faster than Sound, KOKO, Bongo Club, and the Luminaire. She plans to put together an album of her electronic pieces when the moment presents itself…

'My music is defined by character and pacing with my motivic ideas serving to re-enforce and clarify these concepts. I like to have a sense of energy in everything I write and make sure I strip away anything unnecessary so that I can communicate as clearly as possible. '
Anna Meredith

'Something unusual in the jaded landscape of new music'
The Guardian

'the "nice little girl" image is shattered the minute you experience the gnawing energy of pieces such as torque and deception, works that have gradually brought Meredith's aggressive and embryonic style to the notice of those who matter. '
The Scotsman