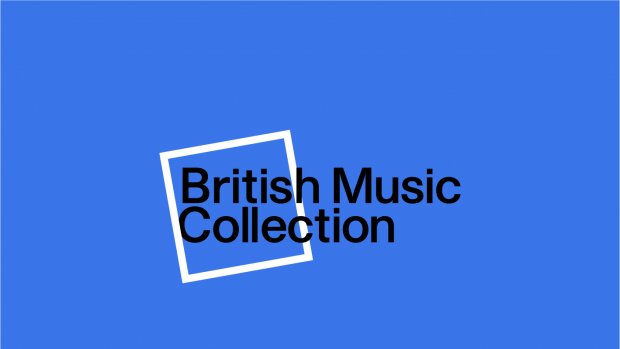 Jolyon Laycock, of the Severnside Composers' Alliance, on the history and importance of the British Music Collection.

The British Music Collection has its origins in the massive collection of scores that was held until 2008 at the former British Music Information Centre at Stratford Place, London, overseen with great dedication between 1978 and 1987 by Roger Wright who later went on to become Head of Radio 3 Music and Director of the promenade Concerts. In 2008, under pressure from the Arts Council, The BMIC and three other organisations, the SPNM (Society of the Promotion of New Music), EMAS (the Electro-Acoustic Music Association) and the Arts Council Contemporary Music Network, were obliged to amalgamate to form a new umbrella organisation now called Sound and Music.

But where were the shelves upon shelves of scores and dusty green boxes of the BMIC archive to be stored and made accessible? At this point the University of Huddersfield stepped in to provide a new home. In recent years the collection has become increasingly digitised and a short time ago, Sound and Music declared that, due to shortage of space, the university would no longer accept hard copies of musical scores.

I signed up to the digital archive a couple of months ago only to discover I was already there in the form of two scores I had submitted several years ago when the archive was still at Stratford Place. Since then I have been busily uploading new material.

As a composer it’s easy enough to register at https://britishmusiccollection.org.uk/. Of course they don’t just let anyone join. You are asked to apply on-line, and hopefully, a few days later, your application will be accepted and you will be able to create your profile and begin uploading scores and entering a few words of description. Scores must be in pdf format and there is a limit of 2mb per score although apparently no limit to the number of scores you can upload. You can also upload links to recordings on SoundCloud, YouTube or Vimeo.

The website is extremely useful as a way of promoting yourself as a composer. Your profile can be accessed by anyone logging on to the British Music Collection website simply by scrolling through the alphabetical list of composers. Alternatively you can send people the URL link for your own profile page, or for any individual work in your personal archive. Anyone accessing your profile receives a warning stating that access to the material is entirely for research purposes. Any copying of scores or public distribution of recordings is strictly forbidden.

A quick trawl through the alphabetical list of composers revealed the names of twelve SCA members. Of these, only six, including Gilbert Biberian, Blasio Kavuma, Liz Lane, Peter Nickol, John Pitts and myself, appear to have active up-to-date profiles with a personal photograph and biography, and either a list of compositions, or links to recordings or a website. John Pitts is particularly well represented by about 20 works, many of which have been featured in SCA concerts including a YouTube link to Raag Gezellig. His profile is fleshed out with press reviews and plenty of information about how you can buy his scores.

I suspect that the remaining six SCA names are old entries based on printed scores deposited at the old Stratford Place BMIC archive before the new website was set up. These include Julian Dale’s 1983 Double Bass concerto, 17 pieces by Jean Hasse mostly from the 1980s but including the more recent Pocket Pieces, quite a few pieces by Clement Jewitt from the 1990s, and a clarinet fantasy by Stephen Kings. Geoff Poole is well represented but again mostly by works written in the 1990s. The most recent is The Colour of My Song written for the BBC singers in 2006. Raymond Warren has some 15 works listed from the 1960s onward including Burnt Norton Sketches which has been performed twice in SCA concerts. Raymond’s most recent listing is The Death of Orpheus written in 2006 for the Bristol University Singers.

Over the past ten or twelve years SCA we have seen the composition and performance of many new works by SCA composers but virtually none are represented in the British Music Collection. I would urge all those members who have contributed to projects such as the various triet programmes, song recitals by Lore Lixenberg, Lotti Newstead and Matthew Clark, concerts featuring the Bristol Ensemble String Quartet, Madeleine Mitchell and Geoff Poole, the Roaring Fork Wind Quintet, Gemini Ensemble, the Bristol CoMA ensemble and the many so-called DIY events, to up-load the scores in some form to the British Music Collection website. I can understand that, for copyright reasons, you may not wish to make whole compositions available in this way, but you might at least consider sample extracts. It would be good to know that the very considerable creative achievements of SCA members are acknowledged and recorded for posterity in this important archive of British music.