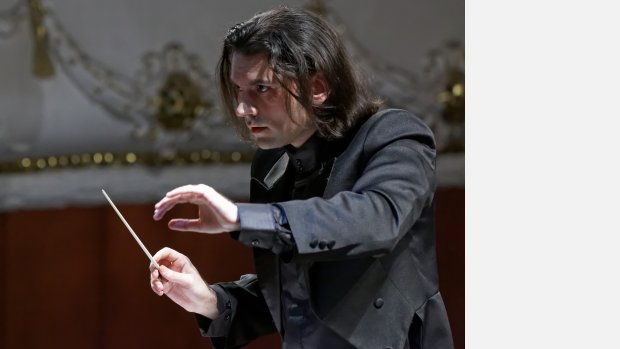 Martin Georgiev’s compositions have been performed and recorded by the Brussels Philharmonic, BBC Symphony Orchestra, London Mozart Players, Heidelberg Philharmonic Orchestra, Bulgarian National Radio Symphony Orchestra, Kammerorkest van het Noorden, Sofia National Philharmonic Orchestra, National Orchestra of Belgium, Varna Opera and Symphony Orchestra and numerous chamber ensembles, groups and soloists across the United Kingdom, Bulgaria, USA, France, Germany, Belgium, The Netherlands, Italy, Japan, Mexico, Canada, Greece, Poland, Russia and Israel. He was Composer in Residence to the City of Heidelberg in Germany, and Embedded Composer with the BBC Symphony Orchestra in London. In 2016 he released Genesis, a critically acclaimed album of his orchestral works, conducted by the composer (ICSM Records, London). Since 2013 he has been assistant conductor with The Royal Ballet at ROH, Covent Garden, London, involved with the world premieres of over a dozen new ballers by world’s best known choreographers and composers, and since 2018 he has been guest conductor with the Birmingham Royal Ballet, where he conducted several world premieres. Born in Varna, Bulgaria, he is laureate of the TACTUS International Composers’ Forum in Brussels (featured in the 2004, 2008 and 2011 selections), the Grand Prize of the Sofia National Philharmonic Orchestra and over 20 other awards and scholarships. He gained his Conducting diploma and PhD in Composition at the Royal Academy of Music, University of London, after completing Conducting, Composition and Percussion studies at the National Academy of Music in Sofia and the National School of Arts in Varna, Bulgaria. Amongst his teachers are Vassil Kazandjiev, Colin Metters, Philip Cashian, Sir Colin Davis, Sir Peter Maxwell Davies, Sir Harrison Birtwistle, Julian Anderson, Plamen Djouroff. Within his doctoral research at the Royal Academy of Music he developed a technique for composition, Morphing Modality, inspired by the technique of ‘morphing images’ from the visual arts, integrating fundamental principles from the theory and practice of Bulgarian-Orthodox and Byzantine Chant, and informed by music psychology, perception and cognition. Amongst his works up to date are two Symphonic Triptychs, three Percussion Concertos, multiple other orchestral works, concertos for Contrabass Clarinet, 2 Pianos, opera, chamber, solo, vocal and choral works.