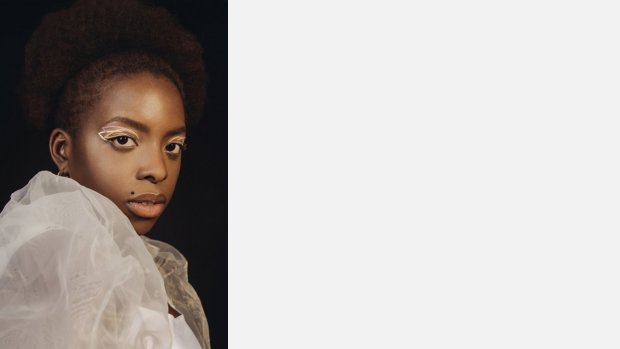 Shunaji is an award-winning producer, rapper and singer-songwriter based in London. She has been supported by the MOBO Help Musicians Fund and PRS Foundation's Women Make Music, in recognition of her innovative musical style and thought-provoking lyricism. Recently, Shunaji was selected for Sound and Music's 'Interpreting Isolation' project hosted on the British Music Collection.

In October 2019, Shunaji performed her debut headline show to a warm audience at London's iconic Waiting Room, promoted by Parallel Lines. At the same time, Shunaji featured as one of the most promising live acts to follow on O2 Music's #KeepLiveAlive campaign. She performed a raw version of her single Perfect Like Venus at the O2 Kentish Town Forum and shared her experience as an independent artist for O2's 'On In 5' video series.

In May 2019, Shunaji self-released her sophomore EP 'Blue Melon', which was reviewed by The Line of Best Fit. In April, the first single from the EP, 'Nighthawks', was added to Spotify's editorial playlist 'Free Form'. She has performed at a number of world-renown music festivals and venues such as Glastonbury Festival, The Great Escape, Wilderness Festival and the Roundhouse. In 2018, Shunaji debuted in the London live music scene supporting women-led collective GRRRL at Archspace and hip-hop veteran Bahamadia at The Jazz Cafe.

​Shunaji's releases have been played globally, on radio stations including Worldwide FM, Red Light Radio (Amsterdam), Hollow Earth Radio (Seattle) and BBC 1XTRA, where she made it to the top of Jamz Supernova's 'EP of the Week' selection in May 2018.