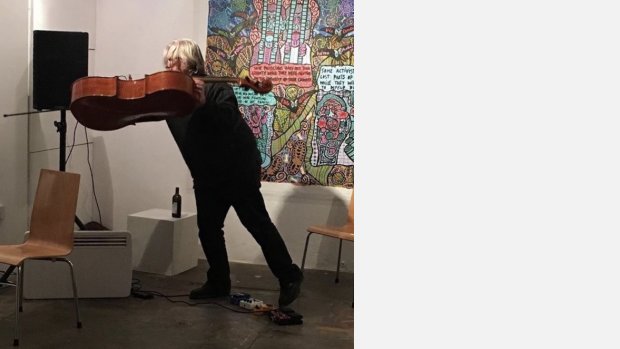 Peter Nagle was born in Birmingham, in 1970, and began composing in his early teens. After having a number of works performed for various ensembles from cello quartet through voice and chamber group to symphony orchestra, he read Music at Sheffield University between 1988 and 1991, gaining a Bachelor of Music degree. His composition tutor at Sheffield was David Harold Cox. After leaving university Peter returned to Birmingham, where he continued to compose, producing a number of works for orchestra and chamber groups, as well as experimenting with sequenced and electronic methods. He moved to London in 1996, shortly after being shortlisted for the Huddersfield Contemporary Music Festival’s Young Composer Award, where his entry was performed by the Cambridge New Music Players. In 1996 he was shortlisted for the award a second time. On this occasion his work Nocturne (reflections on listening to Miles Davis at 3a.m. in the suburbs) (since revised as Miles After Midnight) was the subject of some controversy, and although it did not win the prize was nevertheless performed in concert by Elision alongside the eventual winner. It was here that Peter met Michael Finnissy, from whom he subsequently took lessons. Following this Peter composed a series of piano studies which were shortlisted by the Society for the Promotion of New Music in 1998. Five Movements for String Quartet had previously been SPNM-shortlisted and performed in a workshop by the Duke Quartet. His work for String Orchestra Infinite Breathing was performed by the Goldberg Ensemble in 2001. Notable compositions and performances in recent years include two orchestral works for Kensington Symphony Orchestra: The complete consort dancing together (2005) and Until I die there will be sounds (2012). Peter was also commissioned by the viola player Toby Deller to write a commemorative work for the 20th anniversary of Morton Feldman’s death, the result being the 30-minute solo viola work Le tombeau de Feldman (2006).

Peter’s most recent work has reflected an increasing interest in the possibilities of extended just intonation, and the combination of acoustically and electronically generated sound. This has found its primary expression in a series of works for cello and drones, and has also in part led to Peter’s return to solo performance: in March he performed works by Partch, Webern, Falla and Saariaho at the Forge in Camden. These interests are also present in Cantus, premièred in September 2013 by rarescale, and Ronan Point, premiered in Janaury 2015 at Arch1 by Peter with Angahrad Davies and Ashley John Long. Meanwhile, Peter performs and composes for Wolf Pack, most recently at their residency at the Vault Festival and a performance of John Eacott's Floodtide at the National Maritime Museum. Other current projects include commissions for rarescale and the Scottish Recorder Orchestra. 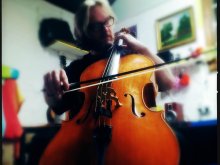