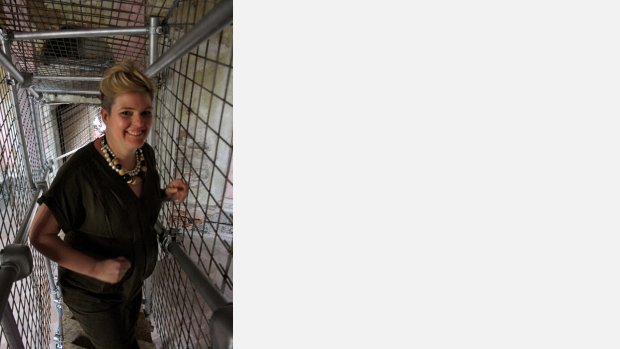 "a richly detailed sound world in which the listener can explore with out feeling the over bearing structure of impressions or interpretation. Liberating her music and her listeners from the delimiting realm of the recognizable, both the vaporous spaces of Zero and the more ferrible clicks and pops of Charged have a distinct self sufficiency .... accidental alchemy producing unique bursts and flickers of timbre."

Review of Nature of Habit The Wire Sam Davies

Jo Thomas is an award winning  composer. She has won the Prix Ars Electronica Golden Nica in Digital Musics and Sound Art  for her work Crystal Sounds of a Synchrotron. Jo is working across the spectrum of sound design, solo live work and collaboration. Her work is available from Holiday Records, Entr’acte NMC and Naxos records.

Her music is often improvisational and she engages performing with large landscapes of composed sound.She has been commisioned by PRS Women Making Music Fund and the Britten Pears Trust Fund, In  2016 was been commissioned to write a new record for the company Holiday Records.In 2016 was also one of four composers to pilot the new Mini Oramics machine originally designed by Daphne Oram and re constructed by Tom Richards, AHRC funded and supported by Goldsmiths. Also in 2016 she went  to Switzerland with the artist Urslé von Mathilde on a new site specific text piece for performance in Bern. Her music was presented at the Trondhiem Biennial in March 2016 and in April 2016 she  presented a new collaboration with artist Florence Peake. Throughout her career her work has been  profiled internationally working with organisations in Italy , France, California, Brussels, Switzerland and  Australia. She has taught composition as a university lecturer, ran large scale music projects and left feild music pojects working for theatre, film documentary and dance.