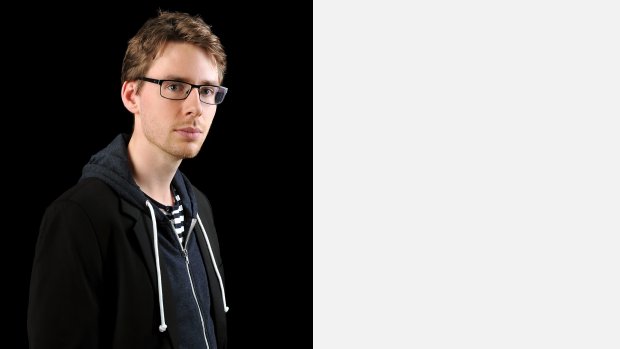 Chris Corcoran is a young composer based in London. His music has been performed in Italy, Germany, Ireland and the UK. Throughout 2015 he was Composer in Residence with London’s contemporary music/jazz club Club Inégales and the think-tank The Institute of Composing through the Sound and Music Embedded scheme.

Chris’s compositions are inspired by jazz and popular music as well as classical and contemporary art music. By drawing on sounds used in jazz, blues, or rock, and fusing them with classical composition techniques in a contemporary music setting, he has developed a highly personal musical voice.

He also writes music for film and theatre, and is a passionate classical and electric guitar player.

Born and raised in Hamburg, Germany, Chris studied composition with Martin O’Leary at the National University of Ireland, Maynooth, where he was awarded an entry scholarship and won the class prize for the highest final exam results. He went on to study instrumental composition with Rob Keeley during a Masters at King’s College London, as well as digital and studio composition with Newton Armstrong and Miguel Mera during a second Masters at City University London. He is currently studying for a PhD in Composition with the composer Richard Causton at the University of Cambridge.

Chris previously worked for music publishers Schott Music and Oxford University Press, as well as PA to composer Sir Peter Maxwell Davies, and at the Philharmonia Orchestra’s exhibition Universe of Sound at the Science Museum in London. In addition to his composition studies, Chris is conducting research at Cambridge under the supervision of Prof. Nicholas Cook to investigate music notation’s impact on how classical musicians struggle to ‘swing’ or ‘groove’ when performing popular music rhythms.

His father is the Irish composer Frank Corcoran.