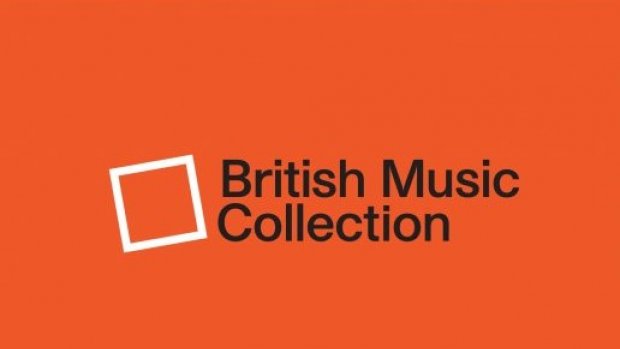 Following a second placement with Sound and Music, intern Aaron Harrex shines a light on three of his favourite composers from the British Music Collection.

This summer, I was lucky enough to have been invited back to Sound and Music to continue my work on the British Music Collection. The bulk of my work has involved taking profiles in the Collection that contain little information, and bringing them up to the standard of more populated profiles. This gave me the unique opportunity of delving into a composer's life for a short period of time - exploring some of their works as well as trying to understand what influenced them - before moving on and starting the whole process again. It's been a fascinating opportunity to explore the history of British music as well gaining an insight into a number of modern composers. I've chosen three composers to spotlight below, giving you an idea of the breadth of music contained within the Collection.

Many of the composers within the Collection draw influence from a variety of sources, which they use to forge their own voice. A great example of this is the first composer I've chosen to spotlight: Ellie Wilson, who draws inspiration from contemporary classical music, electronica, and post-rock. Upon seeing this ecclectic mix of genres, I knew that I had to explore Wilson's music.

Wilson created Delta by manipulating sounds created by her violin. After recording herself playing pizzicato, she placed the samples created into a drum pad. She was then able to create the angular motifs present in the piece, as this new method of performance encouraged her to play patterns that would not have occured naturally. The result straddles the acoustic and the electronic - with the violin taking on similar properties to an arpeggiated synthesiser.

Many of the piece's textures are built around these patterns. Wilson repeats fragments and subtly changes them over time, often in a way that is so gradual it can be hard to notice if you are not paying attention. This constantly evolving soundscape is extremely hypnotic - the listener being suddenly brought back into reality each time a new element is introduced, only to be lulled gently back into their trance by the repetition.

The British Music Collection has also given me a unique opportunity to explore the history of Sound and Music. Many of the previous members of Sound and Music's programs have profiles in the Collection, and are easily discoverable by searching through the tags (on that topic - the tagging system has easily become one of my favourite ways to discover new composers recently!). Multi-instrumentalist, composer, and improviser Julie Kjær is no exception: previously being featured on this website as part of the 2014 iteration of the New Voices program, she is easily found by looking through the New Voices 2014 tag.

On first listen, Kjær's work can be extremely abrasive - but it is so by design. She conjures up a variety of imagery (most of it dark) by using a number of extended techniques to 'push her instruments to their limits', challenging the listener to test their own.

Many of the sounds Kjær and the rest of her trio produce aren't exactly what most people would traditionally describe as 'listenable'; and, to the uninitiated, the variety of scrapes, taps, and even lip smackings can sound like little more than noise. Allow yourself to engage with this noise, however, and you'll find that that the soundscape created transports the listener exactly to where Kjær wants them to be emotionally.

To me, this is one of the great appeals of much of the noiser, freely-improvised music within the Collection. The works can take a few listens to grasp, but once you do, you're given a direct conduit into how the performers were feeling in that moment. As such, emotions are showcased in a way that few other forms of music can manage. 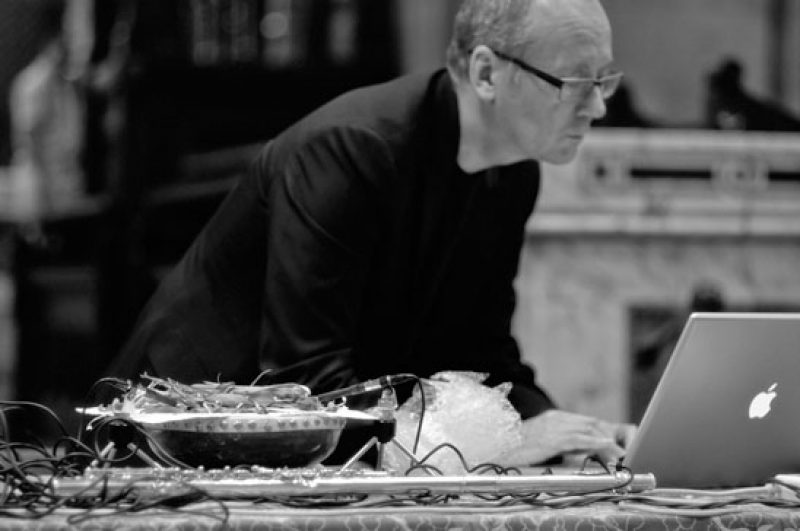 I may technically be cheating with this final composer: I didn't initially discover them in the Collection. I was first introduced to David Toop when his writings were assigned as reading for a University project on Brian Eno; however, I didn't consider that he would also be a composer. This multi-faceted approach to their career is a common theme amongst composers in the Collection, and can add an extra layer of fascination when researching their lives. Some career highlights include: soldiers, statisticians, and even a postman!

When I came across Toop's profile while working on the Collection, researching the many branches of his career peaked my interest. I had to give his music a listen.

Toop's opera Star-shaped Biscuit is a great listen. Written for three vocalists, five instrumentalists, and a computer (which is playing a prerecorded piece written by Toop himself), Toop manages to create something that is far-flung from my preconceptions of what an opera could be.

Throughout the second scene, Curiosity, the bass and percussion create a laid-back and sultry groove that wouldn't be out of place in a Portishead track. The vocals soar above the intstruments (with a libretto also written by Toop), showcasing the incredible range of the performers. The harp and vibraphone help to build the layered textures, while a violin provides the occaisional glissandi laden counter-melody. In Star-shaped Biscuit, Toop has managed to craft an engrossing and distinctly modern operatic experience.

The British Music Collection is a vast resource, the scope of which is almost unimagineable. It is constantly expanding, shifting, and changing - so being able to aid in its development over the past month has been a great opportunity. Hopefully, you are inspired by my findings to explore the Collection yourself (there are many options: using the map; the tags; or even just scrolling through the list of names and choosing one that takes your fancy!).  I, for one, can't wait to see who I find next.

Aaron Harrex is a 3rd year undergraduate Music student at Cardiff University. Previously having completed at two week placement at Sound and Music, he returned this summer to continue his work with the British Music Collection. Aaron is also a keen composer of experimental music, and regularly performs as an Electric and Double Bassist.