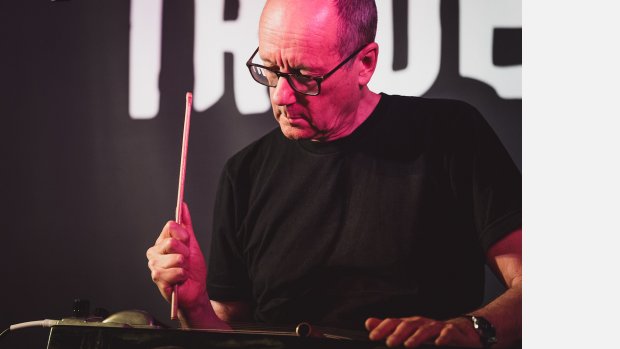 David Toop (born 5 May 1949) is an English musician, author, and professor and chair of audio culture and improvisation at the London College of Communication. He is a regular contributor to a British music magazine The Wire and the British magazine The Face. He was a member of the Flying Lizards.

Toop published his pioneering book on hip hop, Rap Attack, in 1984. Eleven years later, Ocean of Sound appeared, described as Toop's "poetic survey of contemporary musical life from Debussy through Ambient, Techno, and drum 'n' bass." Since the 1970s, Toop has also been a significant presence on the British experimental and improvised music scene, collaborating with Max Eastley, Brian Eno, and others. He is a member of the improvising, genre-hopping quartet Alterations, active from 1977 to 1986 and reforming in 2015. In 2001, Toop curated the sound art exhibition Sonic Boom, and the following year, he curated a 2-CD collection entitled Not Necessarily Enough English Music: A Collection of Experimental Music from Great Britain, 1960–1977. More experimentally, Toop has also actively engaged with 'sounding objects' from a range of museums.