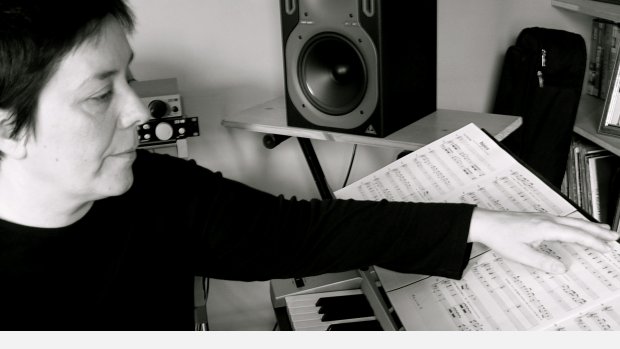 Has composed music, across genres, for concert, film, stage, television and radio.

155 works registered with the PRS.

1 of 10 composers selected to write a work for the UK based jazz ensemble Interchange on their professional development & mentoring initiative for female composers 'Beyond the Secret'. The work 'One More Day’ was played in an open rehearsal on Sunday 5th June and also selected to be played in concert later that day. Both events were held at the Howard Assembly Room, Opera North as part of the 2022 Leeds Jazz Festival. Interchange's performance of 'One More Day' was subsequently chosen to be played on BBC Radio 3's weekly Jazz programme 'J to Z' - episode: 'Issie Barratt’s INTERCHANGE live in Leeds' - broadcast 18th June 2022.

Awarded a winning place in the NewYork City Contemporary Music Symposium's inaugural call for scores February 2021; 'Without Words' was performed by pianist Baron Fenwick in a live-streamed concert from Columbia University, Manhattan, NYC on April 8th 2021.

Composed 'Suite for Alto Flute & Piano' and 'Two Pieces for Piccolo & Piano' Commissioned, premiered and recorded by the Animo Flute and Piano Duo.

'Divertissement No.3 for Guitar’ was play-listed on BBC Radio 3 as part of the ‘Hear Her Season’ June 2018. It was also featured in the Spring 2017 Edition of Classical Guitar Magazine with an accompanying feature article.

Winner of the Alwinton Summer Concerts 2016 National Composers' Competition; 'Gather Here’ was premiered by Kathryn Tickell & The Side and subsequently added to their setlist.