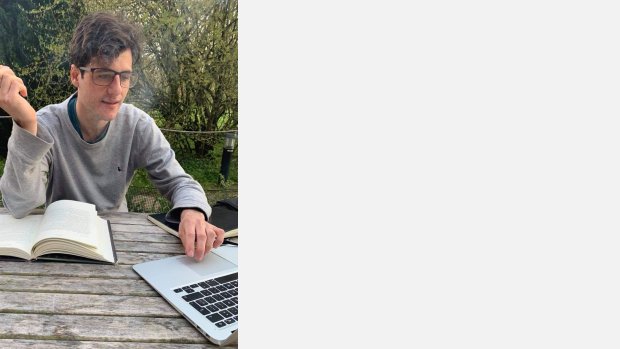 Samuel Pradalie (1997) is a British composer whose musical output is preoccupied with naïve and short pieces. Described as being, ‘microcosms of ingenuity and creativity’, his compositions often consist of short, evocative and witty pieces that have been composed for ensembles ranging from solo and chamber groups to full orchestra. His music draws heavily from the surrealist tradition with his aesthetic language consisting of articulate materials, his colour pallet is often restricted to austere yet beguilingly prominent timbral colours, and his music draws on found and reused musical materials. However, running through all of Samuel’s music is its sense of theatricality. His music often uses flamboyant instrumental role play, obsessive repetitious materials and dramatic changes in tone reflecting his interests in the theatre of the absurd. From 2016-2020 Samuel studied composition at the Trinity Laban Conservatoire of Music and Dance, and from 2020-2021 he gained a Distinction in his MPhil in Music (composition pathway) from the University of Cambridge where he was funded by a generous bursary from the Ralph Vaughan Williams Trust. Samuel has also been the participant of a number of awards including the 2020 Psophos Composition Prize for his orchestral piece Moving Shapes, 2018 John Halford Competition for his piano piece, Three Depictions of Breakfast and the 2014 New Music South West Composition Competition for his Poules and Coqs. Samuel has worked with a number of ensembles and organisations including the  Lietzeorchester Berlin, CoMA Ensemble London, Bristol Ensemble, Cambridge University Music Society, The Carne Trust String Quintet, Borough New Music and has been performed at such diverse venues as the Rundfunk Hall Berlin, Blackheath Halls London, West Road Theatre Cambridge, St Georges Bristol. 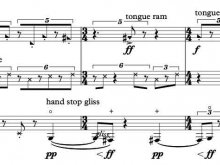