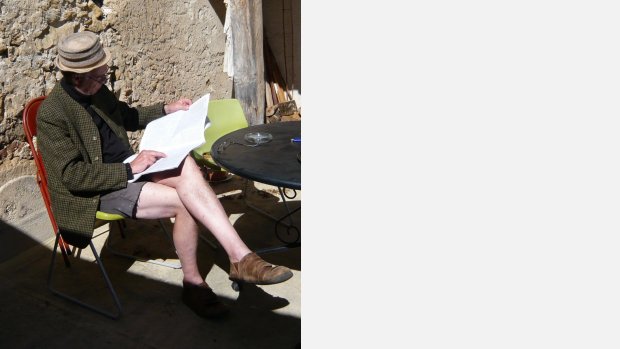 I'm a sixties kid from NottingHill. I was living in France making linoprints and lithographs. I got taken for a playmate by a creamy Rhinelander, Ursula, who sang out delicious, delicious as I plunged in on the Ikea sofa, a deliberate double of the one she had in the holiday home she shared with her ex. The season over she dropped me. I spent a night crafting a document - a pleading. My mind ran barrister smooth. I had never known such mental power. Useless.

Holed in the guts I did some charity work to rack up moral credit. At a book sale for Amnesty International I was invited to help myself before the public came in. Right in front of me in silver letters on navy blue was: Gangs & Countergangs. I pulled the volume out of the box and opened it at a photograph of a bunch of people posing with what looked like fake weapons. The negative had been scratched to black out the faces on the print but you could see that some of the people were in fact, well... black. They looked as tho they had dressed from a thrift shop: crumpled hats, raincoats tied with string and floppy trousers. They were posed like a corny sculpture in memory of something or other. Something in me clicked. I said: Opera.

The book was written by the man who took the photograph, Frank Kitson, a Captain in the British Army who had been sent to Kenya in 1953 to help the police deal with crimes committed by people working to free the country from colonial rule. He invented a method of infiltration into enemy lines by specially trained Brits and turned rebels. The photograph showed one of these groups. They were known as pseudo-gangs.

I went back to the notepad on which I'd written my broken heart pleading and began to throw down ideas. Somehow the hole Ursula had opened turned into a conduit. I read Kitson's book and others about what became known as the Mau Mau Rebellion. I invented seven characters and then inhabited them. One time driving round the local industrial estate I became my female lead, called Muthoni, looking for someone to kill. Sometimes snatches of lyric, sometimes costume sketches went down on paper. The key image - Opera - still held: a melodrama with the cast singing out soliloquy rather than clumsy dialogue, something formal, stiffs moving. A first try synopsis began like this,