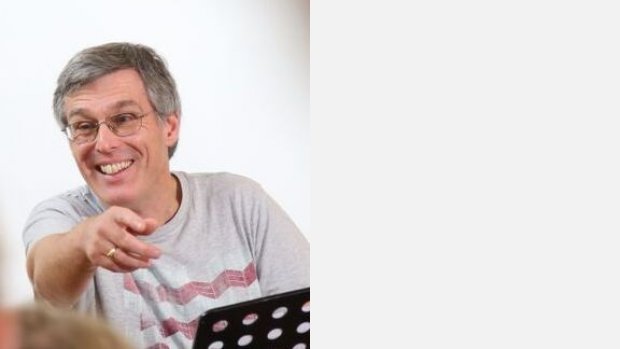 Leigh Harrison was born in Burnley, Lancashire in 1958 but lived in Guisborough, North Yorkshire from the age of 4. He began his first attempts at composing when he was quite young and despite having had no compositional tuition, several of his pieces were performed at school concerts. He began private composition lessons at the age of 16 with the composer John Howard who was then a PhD student at Durham University. Whilst at Sixth Form College, Leigh was invited to take part in a concert of local talented youngsters which included Caroline Dale and Barbara White. In addition to playing the oboe, he also performed one of his own pieces on the piano. Leigh went on to read music at Leeds University, studying composition under James Brown and Philip Wilby and obtaining a 1st class honours degree. In his second year at Leeds he was chosen by Sir Peter Maxwell Davies to study in his international composition master class at the Dartington Summer School. He then studied with the composer Edward Cowie at Lancaster University where he obtained his PhD in composition. After 15 years as a music lecturer in further education, Leigh ran his own music teaching business "Harrison's Music Services". He retired from teaching in December 2019. Leigh now lives in Kielder in Northumberland where he is continuing to compose.

Leigh has composed for a wide variety of ensembles and occasions and major public performances of his works include:

Kirgate Brass for 12 brass instruments: performed as part of the Festival of London and conducted by Oliver Knussen.

Dance Fantasia for mixed ensemble performed locally at the Dovecot in Stockton and then later at St John’s Smith Square in London.

Fantasia on Nun Danket for orchestra: performed by the Knowsley Youth Orchestra in the Royal Liverpool Philharmonic Hall.

A Little Organ Suite Performed by the eminent organist, Ian Hare, in the Great Hall of Lancaster University.

Suffer The Children A Cantata for Soprano, Bass, Chorus and Orchestra. Premiered by the Tees Valley Youth Choir and Orchestra in Stockton Parish Church. This was conducted by John Forsyth MBE.

Love Came Down at Christmas a setting for SSAB choir and unison choir performed by Archbishop Holgate’s School at York Minster.

There have also been many public performances of music for dance, piano, organ, songs and works for school choirs and ensembles.