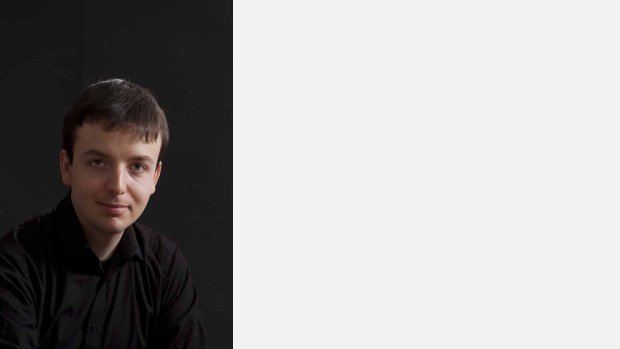 Edmund Hunt composes instrumental, vocal and electroacoustic music. He came to composition via a degree in early medieval languages and literature, and his composition PhD (completed in 2018, at the Royal Birmingham Conservatoire, UK) investigated creative approaches to early medieval text in contemporary music. His work has been performed by ensembles including CHROMA, The Curious Chamber Players, The London Philharmonic Orchestra, Psappha and The Royal Northern Sinfonia, and by soloists including Mary Wiegold, Chris Redgate and Roderick Williams. Edmund’s music has been broadcast on BBC Radio 3 and has been performed in contemporary music festivals across Europe, including MusicCurrent (Dublin), Composit Academy (Italy) and IConArts (Romania). In 2014, Edmund’s orchestral piece ‘Argatnél’ was premiered by the London Philharmonic Orchestra at the Queen Elizabeth Hall, as part of the LPO’s Leverhulme Young Composers’ Programme.

In 2018, Edmund was appointed the Royal Philharmonic Society/Wigmore Hall Apprentice Composer, leading to a new work for Diphonon Duo (accordion and viola). In April 2018, he was selected for Sound and Music’s ‘New Voices’, receiving funding and support to compose a work for string quartet, live electronics and dance. Since 2018 Edmund has been a Postdoctoral Research Fellow at Royal Birmingham Conservatoire, Birmingham City University.

We Are Apart; Our Song Together
Ginnungagap
Vita Hominum (available at Making Music's Soundcloud page)