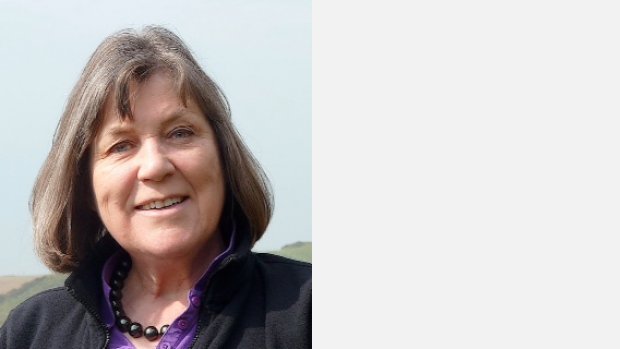 Rhian Samuel was born in Aberdare, Wales, in 1944 to a Welsh-speaking, musical family. She has lived in Britain and the United States and her music is played in many countries. She writes orchestral music, chamber music, and vocal and choral music and has worked with many of today's foremost artists. To date more than 100 of her works have been published.  In the USA she was joint winner of the ASCAP-Rudolph Nissim Award, 1983, for her choral-orchestral work, La belle dame sans merci. In the UK she won first prize at the Greenwich Festival (1979) for the choral work, So Long Ago, and has received subsequent accolades including the Glyndŵr Medal for services to the Arts in Wales. Her first large orchestral work was Elegy-Symphony (St Louis Symphony Orchestra, 1981).  Her Tirluniau / Landscapes (2000), commissioned by the BBC, was premiered at the BBC Millenium Proms in the Albert Hall by the BBC National Orchestra of Wales, Tadaaki Otaka, cond.  She has taught composition in both the UK and USA and is now Professor Emeritus at City University London while continuing to teach part-time at Magdalen College, Oxford.  Her interests are very wide: she is co-editor of the Norton/New Grove Dictionary of Women Composers (1994), has written on operas of Harrison Birtwistle including Gawain and The Minotaur and her doctoral dissertation (Washington University, St Louis, 1977) is a study of musica ficta in the 16th century chanson.