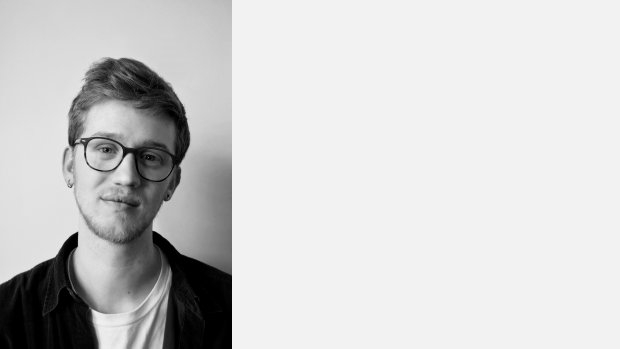 I’m a composer, originally from Yorkshire (UK), currently based in Copenhagen (DK). I often work at an intersection between music for instruments and voices; electronic sound; text; video; and performative media. Recently, my work has engaged with a re-contextualisation of everyday sounds, and automatic social and physical behaviours.

In 2018, 10 Seconds, written for 9 players and 4-channel audio was awarded the Dorico Award at The Scottish Awards for New Music. During the same year I was Composer-in-Residence with Scotland's Street Orchestra, Nevis Ensemble and was one of 12 composers involved with Yaron Deutsch’s Electric Guitar Etude Project at the Darmstädter Ferienkurse.

My debut electroacoustic EP Palettes was released on New York based label Not Art Records, and Daily Rituals for amplified quartet and playback, performed by The Hermes Experiment was released on TNW Music’s ‘Live Vol. 1’.​

My music has been written about and reviewed in various publications including Positionen (DE), The Guardian, TEMPO New Music Journal, and I CARE IF YOU LISTEN (US).

I graduated from the Royal Conservatoire of Scotland in 2018, where I studied composition with David Fennessy and Dr. Linda Buckley, electroacoustic composition with Dr. Alistair MacDonald, and jazz guitar with Kevin Mackenzie. I’m currently studying on the Soloist programme (Advanced Postgraduate Diploma) with Niels Rønsholdt, Juliana Hodkinson and Simon Steen-Andersen at the Royal Academy of Music, Aarhus (Det Jyske Musikkonservatorium).