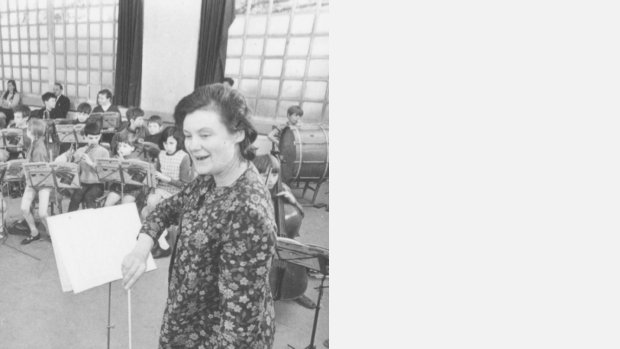 Margret Fagan (1921-2011), also known as Margo, was an English composer and teacher who was born in Liverpool. In 1947, she started teaching at King Alfred School in Northern London, initially as a PE teacher. In 1958, she set up the children's orchestra, Young Music Makers, which she directed until she left the school in 1968. The orchestra has since been moved to William Ellis School. The Young Music Maker's orchestra created a generation of musicians in Margo's name, some of whom went on to set up the Da Capo Music Foundation which teaches music to beginners on Saturdays.

After leaving William Ellis School, Margo became a music teacher at Prior Weston Primary in 1968. It was teaching music to children at this school she enjoyed the most. She taught at the school until 1987, but carried on working on other projects to do with children and music for a number of years.

Margo wrote a collection of short pieces for beginner string, recorder, and percussion players. The instrumentation usually involves descant recorders, violins, cellos, and basic percussion, intended for the several children's orchestras she worked with or directed throughout her life. She also wrote a number of books on playing the recorder, aimed at beginners: the "Play Time Recorder Course" books, which were used by many children to start off on the recorder during the 80s. She had a son, Hugh Mc Dowell, who was a professional cellist, and a daughter, Sue Selwood, who was also a primary school teacher who taught recorder. Sue worked with Margo on many of the pieces, and some of the recorder books.