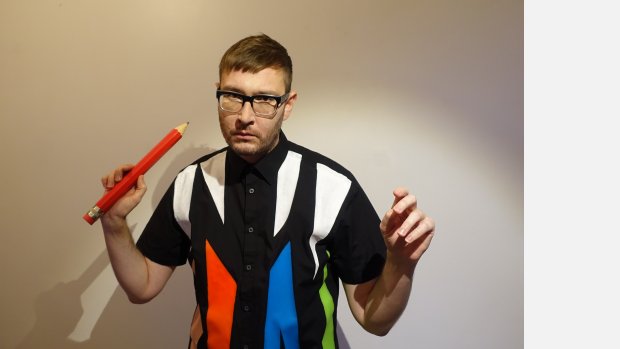 Leo Chadburn's work straddles the borders between notated music and electronica, pop and experimental music, spoken word and music for gallery installations. Unifying concerns in his diverse practice include the use of voices, examination of text, and collaborative work with visual artists. His music has been broadcast on BBC Radio 1, 3 and 6Music.

He is best known for his albums under the pseudonym Simon Bookish, the most recent of which was Everything/Everything (2008), a 'big-band song cycle about science and information' for the Cologne-based record label Tomlab. His discography also includes remixes for Owen Pallett, Grizzly Bear and Franz Ferdinand, and an album of music for malfunctioning Casio synthesizers, Epigram/Microgram (2013).

Notable non-pop works include two pieces for Apartment House, X Chairman Maos, (2011) and Freezywater (2016); The Indistinguishables, written for Quatour Bozzini in 2014; and Affix Stamp Here, for voices, sine waves and postcards, for EXAUDI (2016).

As a performer, he played the role of 'The Singer' in the National Theatre’s high-tech, critically-acclaimed 2007 production of Brecht’s Caucasian Chalk Circle and appeared at the London Contemporary Music Festival in 2013 and 2014 performing (as vocalist) Frederic Rzewski’s Coming Together and Gavin Bryars’ 1-2, 1-2-3-4. His has presented his own work internationally and undertook a UK tour in Spring 2015 supported by SAM called Leo Chadburn presents The Text Message, performing works by composers with an interest in the idea of 'found text.'

He has collaborated with artists including Cerith Wyn Evans, (Imagination Dead Imagine, 2013, for the Irish Museum of Modern Art), Richard Grayson (Nothing Can Stop Us Now, 2014, for Dilston Grove / Matt's Gallery) and Jennet Thomas (The Unspeakable Freedom Device, 2015, for The Grundy Gallery, Blackpool).

He frequently writes about innovative and creative pop and classical music for publications including The Wire, The Quietus, Frieze, TEMPO, Sinfini and The New Statesman and has been commissioned to write programme notes for the Barbican Centre and the London 2012 Festival, and a set of talks for The Rest is Noise festival at the Southbank Centre, 2013.