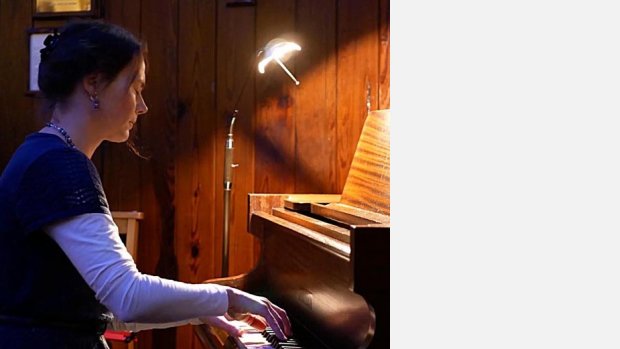 Karen Markham is a spiritual contemplative, composer and pianist. Her works have been broadcast by the BBC, as well as having been performed both in the UK and the USA.

Having studied composition at undergraduate level with Philip Wilby, and at postgraduate level with John Casken, Karen has a First Class Degree in music from the Univerity of Leeds, and a PhD from the University of Durham. She has held positions at Radley College (Composer in Residence, RVWT), the Junior School at the RNCM, the Universities of Huddersfield and Manchester, and at the Leeds College of Music. In 1995 she was a Fellow in Composition at the prestigious Tanglewood Music Center in Massachusetts, USA, where she studied with Henri Dutilleux.

Since 1992, her music has given expression to a profound spiritual journey, a journey which has led her to New Mexico and an investigation of the Pueblo, Navajo and Hopi Indians (on a Fulbright Chester-Schirmer Fellowship in Musical Composition), a Sufi community in Philadelphia, USA, and an Orthodox Christian Monastery in Shropshire, England.

Karen presently lives in the beautiful Dysynni Valley in mid Wales, where she divides her time between her musical and spiritual activities.

Having professionally recorded her first album of 'songs' for solo piano with Patrick Allen at Potton Hall, Karen is presently working towards releasing the recording and publishing the sheet music.