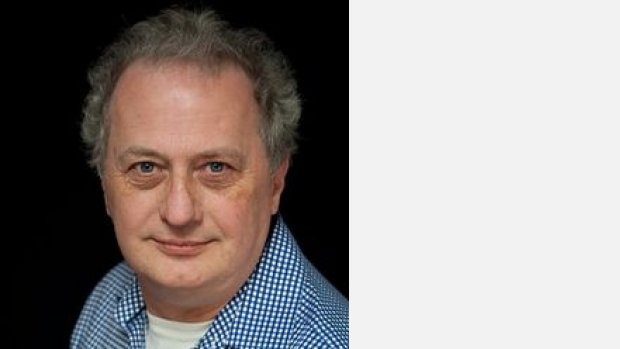 Laurie Dunkin Wedd was born at Chiddingstone Castle, Kent in 1955 (less impressively, it was in a rented flat!), and attended Tonbridge School. His time there ended when he skipped lessons in favour of playing piano in the music block - and then dropped out altogether to play guitar and write material for folk and jazz groups. He studied piano and cello at school, and sang in the choir; later he took up viola and violin.

Composition came naturally; even before he could read music he was writing it - with his elder sister as reluctant amanuensis. In the 1980s he attended classes at RNCM as well as studying privately with Peter Aviss and Barry Seaman.

His piece Dimitri’s Train won first prize in its category in the London Chamber Group Piece of the Year competition 2003, as best piece for string quartet and wind solo, and was broadcast on BBC Radio 3.

His works have been performed as far afield as Tennessee, Germany and Azerbaijan, by instrumentalists like David Campbell (clarinet), Evelyn Nallen (recorder), Steve Bingham (violin), Matilda Lloyd (trumpet) and Danielle Perrett (harp); by ensembles as diverse as The Bingham String Quartet, Trio Lezard and Kingston Brass; by such choirs as The Choir of St Martin in the Fields, Brighton City Singers, and Wimbledon Chamber Choir. His songs have been performed by Jane Manning, Eleanor Meynell and Roberto Mancusi.

Three albums of his work are commercially available: Like Water and Like Wind (music for strings), Lorelei (mainly musique concrète) and Sunset Over the Weald (mainly songs), as well as numerous digital downloads, all from Con Brio/The Third Release: http://thethirdrelease.com/product-category/f-l-dunkin-wedd.

His output includes symphonic and choral music; songs; chamber music for piano, wind, brass and strings, and music for a film; an opera is near completion.