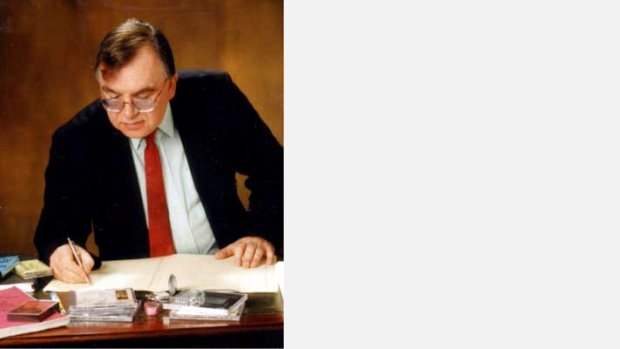 David F Golightly studied composition with Richard Steinitz at Huddersfield University. Born in Co Durham and now based in the Wear Valley North-East, a number of his compositions have been commissioned by eminent performers, including “Moods” for Roger Heaton, and “Rites of Passage” and “The St Petersburg Mass” for The Soglasie Male Voice Choir of St Petersburg” (premiered 1994 State Capella Hall St Petersburg) David has had his music performed as far afield as America, Germany, Poland and Russia. To add to his credits, David was also acclaimed for the Baroque arrangements for the Rumanian opera singer Inessa Galante on her CD “Arietta”.

David was chairman of “The North-West Composers’ Association”, a past director and now a professional member of the “British Academy”. In addition, he was also one of the classical representatives for the “PRS Advisory Group” established to assist the company review its public performance and broadcast policy. Recent creative work includes a five volume book cycle, “Waits a Dragon”.

“It could well be that Golightly will come to be regarded as an English Shostakovich; there are numerous stylistic similarities to the Russian model: those driving motor rhythms and characteristic, slender wisps of solo themes; and above all the relentless on going energy, so often dark toned and uncompromising.”
Arthur Butterworth

“According to the great composer Mussorgsky, ‘Of greatest importance for a composer is his search for truth’; it is this truth we hear when we perform David Golightly’s music”
Alexander Govorov, Conductor of the Soglasie Male Choir of St Petersburg

“The Englishman with a Russian Soul”

“It is important to note that David songs, while rooted in the older art song tradition, make use of the sophisticated compositional techniques of the 20th and 21st centuries. David has an ability to make complicated melodic lines that hint but do not venture into atonality, sound simple and beautiful. He can use the accompaniment as a form of tone painting in a way that seems perfectly natural”.
Emily Cobley (Howard) Mezzo Soprano

Most of the music on view is also available to purchase via Modrana Music Publishers Ltd or available as a digital download from Sheet Music Plus. 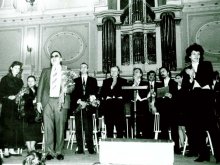 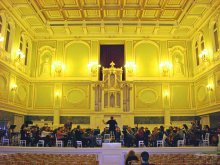