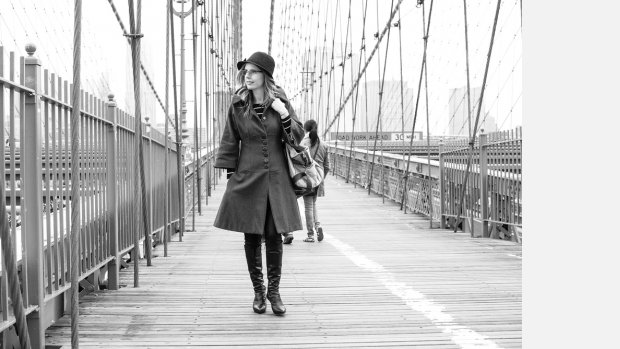 London-born Anna Clyne is a Grammy-nominated composer of acoustic and electro-acoustic music. Described as a "composer of uncommon gifts and unusual methods" in a New York Times profile and as "dazzlingly inventive" by Time Out New York, Clyne’s work often includes collaborations with cutting-edge choreographers, visual artists, filmmakers, and musicians worldwide.

Clyne was nominated for the 2015 Grammy Award for Best Contemporary Classical Composition for her double violin concerto, Prince of Clouds. She is also the recipient of several prestigious awards including the 2016 Hindemith Prize; a Charles Ives Fellowship from the American Academy of Arts and Letters; awards from Meet the Composer, the American Music Center, the Foundation for Contemporary Arts, and the Jerome Foundation; and prizes from ASCAP and SEAMUS. She was nominated for the 2014 Times Breakthrough Award (UK) and is the recipient of a grant from Opera America to develop a new opera, Eva.

During the 2017–2018 season, the BBC Scottish Symphony Orchestra and Thomas Dausgaard perform the world premiere of Clyne’s Beltane in Glasgow. Recent highlights include the premiere of her mandolin concerto for Avi Avital, Three Sisters, performed with the Kremerata Baltica ;Masquerade for the BBC Symphony Orchestra and Marin Alsop at the Last Night of the Proms; This Lunar Beauty for the Britten Sinfonia and soprano Julia Doyle; RIFT, a symphonic ballet in collaboration with choreographer Kitty McNamee for Marin Alsop and the Cabrillo Festival Orchestra; Pocket Book VIII for Roomful of Teeth; and her violin concerto, The Seamstress, performed by Jennifer Koh with the Chicago Symphony Orchestra.

Her music is published exclusively by Boosey & Hawkes.