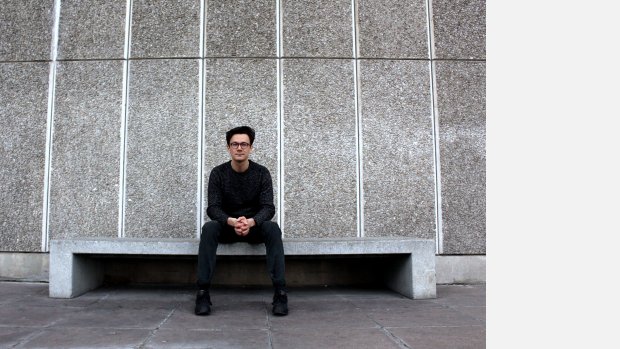 Alex Groves is a British composer and curator working across contemporary classical and electronic music. His work blends classical instruments, ambient textures and live-processed electronics to create uncanny soundworlds where the line between acoustic and electronic, real and imagined becomes blurred.

Alongside composing, Alex runs SOLO - a unique platform for leading contemporary classical soloists such as Liam Byrne, Daniel Pioro and Eliza McCarthy to explore the music they love in an intimate setting. Each gig features an eclectic setlist packed with formative influences, dream collaborations and new adventures, and is a chance for the audience to engage with the performers on a more personal level.

Most recently, Alex self-released his debut EP - Curved Form (No. 4) - a collaboration with Eliza which features the title track alongside remixes by Benjamin Tassie, Matt Huxley and Alex himself. Other recent work includes commissions for the London Contemporary Orchestra and Crash Ensemble, operas for English Touring Opera and ERRATICA, and residencies with Handel & Hendrix in London, Snape Maltings and the New Amsterdam Composers Lab.

Alex is supported by Arts Council England and PRS Foundation's The Open Fund.