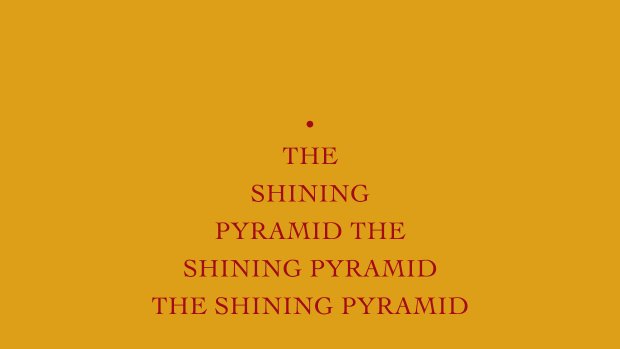 As part of Sound and Music's Composer-Curator programme, Dafydd Roberts curates Ysbrydnos/Hallowmas, an AV launch night for 'The Shining Pyramid', a new collection of tape music based on Welsh occult writing.

As part of Sound and Music's Composer-Curator programme, Dafydd Roberts curates Ysbrydnos/Hallowmas, an AV launch night for  'The Shining Pyramid', a new collection of tape music based on Welsh occult writing.

The videos of the sets will go live at 9pm on Saturday 31st October.

Dafydd Roberts explains the history of the project below:

The roots of this project lie in a desire to work with sound archives held in the National Library of Wales. The Story of the Forest is a gigantic set of oral history interviews with field workers. However, as discussions continued it became clear that gaining permission and rights to use this material creatively were fraught with difficulties.  So, the project quickly became about what sound does best. Rather than aspiring to work with material testimony we gave attention to the imaginative sonic landscapes of a speculative Wales. Unland became the topos for a psychogeographical, folkloric and literary exposition through sound.  The scene had been set for a symposium, concert and improvisation workshops with young people. Prior to lockdown the first part of Unland-a graphic score by Roberts, was performed in St Padarn’s,  Aberystwyth by Richard Craig, Rhodri and Angharad Davies.  The pandemic required subsequent events to be cancelled and the project to refocus wholly on to the speculative, imaginary, and virtual.

The Ysbrydnos/Hallowmas live stream is a celebration of the mysteries associated with Hallowen, the spectral and in Wales our own  Noson Calan Gaeaf.  We take this as an opportunity to launch a new collection of tape music based on Welsh occult writing including Arthur Machen, Thomas Vaughan, Edmund Jones and others. Many of the performances in the Ysbrydnos/Hallowmas are by artists who are present on the upcoming tape music release The Shining Pyramid. Diverse interpretations of Machen and other writers are made by: Facing the Ocean, Leona Jones, Embla Quickbeam, Tristan Rhys Williams, John Harvey and itdreamedtome.

For The Shining Pyramid, itdreamedtome and Embla Quickbeam collaborated, with the latter making her sound piece as a novel sound track to itdreamedtome’s Machen inspired film. The Ysbrydnos/Hallowmas livestream includes a second audio visual piece by itrdeamedtome, as well as a live realisation of Embla Qickbeam’s recorded composition. Other artists responded to the call, some perform live to tape others fashion visualisations stemming from their spectral compositions.

The Shining Pyramid will be available shortly after the launch as a booklet and cassette tape and digital stream: https://listentothevoiceoffire.bandcamp.com/

Andrew Leslie Hooker - We are Legion

Hawthonn -The Hare with the Pair of Fish

Our glassie Azoth - Insist Upon the Way