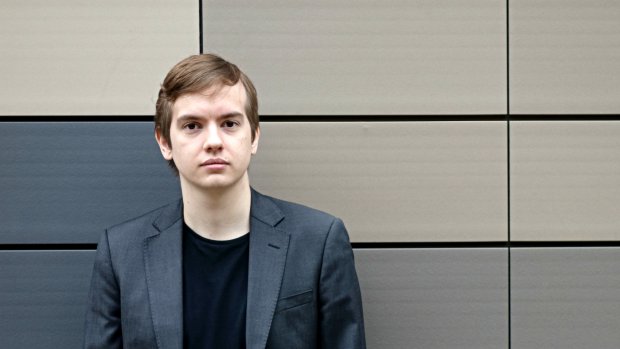 "I've always been interested in the idea of humour in music, though for a little while my output became rather serious"

My first experience writing music for classical instruments was when I was doing my A levels, which I enjoyed, but didn't really think of as something I could do for the rest of my life. In the year between then and starting university, I decided I wanted to be a 'media composer' (writing music for film, TV etc.) as I believed that this was the only viable option for someone who wanted to write vaguely classical-sounding music in the 21st century. Due to my lack of instruction at this point, I started writing pieces on Logic (a sequencing program), using samples and not worrying about what the notation might look like, or even if it would be playable by real musicians. When I started my undergraduate degree, and was able to learn about the amount of art music being written today, I decided that I did want to be a 'classical' composer after all; though it did take a while to transition from writing everything in Logic to notating it properly!

There’s an element of humour in your final piece (and title)! How would you like an audience to react to the work and how do you expect them to?

I've always been interested in the idea of humour in music, though for a little while my output became rather serious, which I think had an impact on the quality of some of the pieces written around that time. When I was able to really try and embrace humorous elements in my music again, as in 'Zorthern' and also my recorder quintet 'In Feyre Foreste', it was something of a relief artistically. It can be quite stressful writing very serious pieces all the time! I think it's a dangerous game to worry about how an audience will react to your work; all i'm thinking about is whether I enjoy it myself, and then I can only hope that some members of the audience might have enough in common with me to enjoy it as well.

Zorthern combines elements of folk and classical music. What are your musical influences, what do you listen to when you’re not composing?

Most people who have had anything to do with me know that I adore the music of Sir Harrison Birtwistle, though I wouldn't really say this manifests itself in my work at the moment. I'm a big fan of composers like Purcell, Mozart, Wagner, Strauss, Stravinsky, Berg, Britten, and Feldman, and of more recent composers like Unsuk Chin, Andrew Norman, Gerald Barry, Thomas Ades, Sky Macklay, and Oliver Knussen. People often seem quite confused when I say that I only really listen to contemporary classical music; I don't have anything against other genres, i'd just rather chill out to Birtwistle's The Triumph of Time, which I can understand might sound like an odd thing to some! However, when I find myself writing for an instrument that's not not often heard in concert halls (i.e. one from a folk tradition), I like to spend a lot of time familiarising myself with the music 'native' to that instrument. So, when I was writing Zorthern, I found myself listening to '200 Accordion Hits'!

Find out more about Robin on his British Music Collection profile

Robin's piece Zorthern will be performed at Sage Gateshead on the 27 January as part of New Year New Artists buy tickets here.