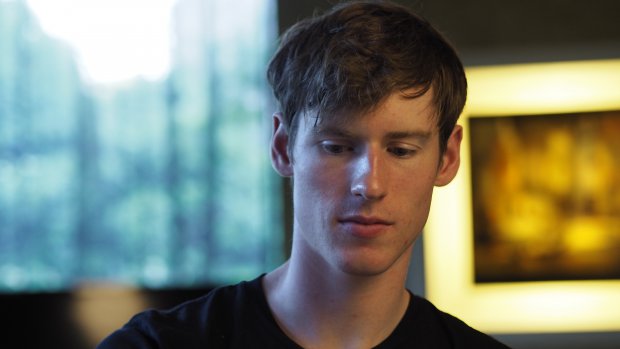 "I think that all music is a product of the composer’s personality, memories, and experiences."

I was doing a secondment with a contemporary dance company called Chunky Move when I met Richard Gill, veteran music educator and (then) artistic director of the Victorian Opera. He introduced me to contemporary music and helped me to find my feet in the music world.

You trained as a ballet dancer before studying composition. Do you think your experience as a dancer informs your approach to composition and your musical style in general?

I think that all music is a product of the composer’s personality, memories, and experiences. For most of my life I’ve been trained to respond physically and expressively to music, and this has definitely impacted upon the type of music that I write. I went through a period of trying to exploit this fact however - to push the physicality of my music as far as possible - and this, for the most part, didn’t work too well. So I’m not sure that my recent compositions are ‘informed’ by dance in any conceptual sense. More just that dance has been an integral part of my life, and I write the compositions that I write because I am who I am.

Your piece is inspired by birdsong and the writing of Richard Smyth. Is this an idea that you already had going into the programme or did it arise out of workshopping with Lore and the ensemble? How did the concept develop in collaboration as the programme progressed?

When I began on the Next Wave scheme I had a very clear idea of what the piece was going to ‘be’. My workshops with Lore were almost entirely spent exploring movement and choreography, something that didn’t make it into the finished piece. About two weeks before the deadline, I dropped everything that I’d written and started again from scratch. I really liked the sound of Lore whistling and singing simultaneously, so that became the starting point for my composition. I’m no longer sure I know what the ‘concept’ of my work is, but isn’t that a wonderful thing?

It definitely uses birdsong, but in a very different capacity to how I’d initially intended. Ultimately, the birdsong acts as a kind of ‘frame’ for the music, or a setting in which the music is placed. I just think it sounds very beautiful.

And I actually didn’t come across Richard Smyth’s book until after the recording session had passed. But I think it just fitted really well with my composition. If you like birds or nature it’s a fascinating, humorous read.

I’m fairly content with being called a composer. I wouldn’t want to define what a composer is though.

Find out more about Peter on his British Music Collection profile

Peter's piece A sweet, wild note will be performed at Sage Gateshead on the 27 January as part of New Year New Artists buy tickets here.