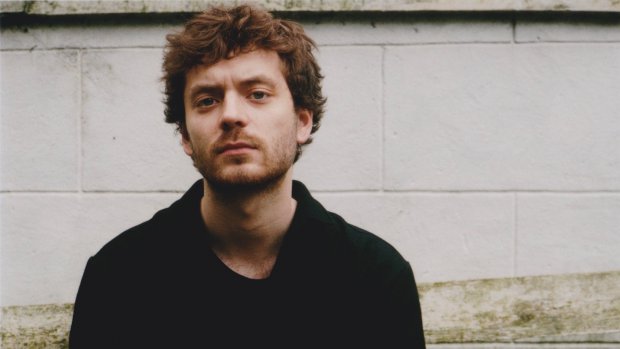 I’ve always been interested in music and my earliest memories are wanting to be a musician. That term was always just attached to whatever music I was listening to at that time, so when I was very little that was my parents’ ‘80s pop music, when I was a teenager it was bands and experimental music etc. I don’t come from a family who listen to classical music, so composing, performing, conducting, whatever, were never ideas that were introduced to me until I was about 15.

Eventually through looking for increasingly unusual music I came across Steve Reich - I think in a GCSE music class actually - and was stunned to discover that ‘composers’ were still alive and active. I taught myself to read and write music around that time and began composing when I was about 17 I think.

‘Composing’ quickly seemed like the missing link in my musical life up until that point; I’d never particularly enjoyed being in bands or having to use music production software or anything like that, so despite telling myself I wanted to make music nothing actually ever happened. As vomit-inducingly cheesy as it sounds, sitting by myself with a pencil and paper was the first time I felt like I could actually make the music I wanted to make without compromise, and it’s a practice that has evidently stuck.

The ensemble for Next Wave 2 is an unusual grouping in terms of instrumentation. Your final score is for female voice, two violins, audio and ensemble (open instrumentation). What would be your ideal instrumentation for this work, if indeed there is one?

My ideal instrumentation would be about seven choirs and a string orchestra submerged underwater, accompanied by some clarinets and alto flutes -  all slightly detuned and played without vibrato - situated offstage. There’d be a chamber organ in there as well maybe. The audio would ideally come from as many Nokia 3310s I could find/afford suspended from cranes around various cities in the North of England, which would then transmit the sounds live into the performance space. The violin duet at the end would stay the same. The piece would also ideally last several hours.

Found emerges from found material by you and other composers. How did you become interested in this approach? And what relationship does it have, for you, with ideas such as translation, excavation, sampling, processing, or quotation?

I feel like the contemporary visual art world has a much more interesting, imaginative and healthy relationship with the idea of ‘found material’ than the contemporary music world. There’s a plethora of incredible work that stems from the idea of ready mades and the use of pre-existing objects, images, sounds, gestures etc. Although some of my favourite composers - notably Michael Finnissy and Cassandra Miller - have used transcription in their work quite extensively, plus my love of all sorts of other music in which sampling is fundamental, I think my personal approach stems more from an interest in the visual arts.

At the time I was thinking in particular of Cornelia Parker’s work, especially ‘Thirty Pieces of Silver’, an installation/sculpture where over a thousand silver objects from cutlery to music instruments are flattened by a steam roller and suspended by wire just above the floor. Also Robert Rauschenberg, who’s been one of my favourite artists since I was quite young. In his work found objects and material become part of a larger assemblage of mediums and media to create combines which often sit perfectly in between sculpture, painting, print and installation, really blurring the lines between readymade and invented, whilst always looking absolutely stunning.

In Found I wanted to feel more like I was using fragments of musical material as something to treat or act upon, rather than quote or transcribe, more like a physical object that could be flattened, painted, put alongside other objects within a space. What would it sound like to stretch out the music? Or melt it? Or try and remake it from another material?

To me, on a purely personal level, this was a much more refreshing and invigorating way of working than thinking about ‘quotation’, for example. I wanted the piece to be more about the process that was being enacted on the material, rather than the material itself as musical reference which is often how I hear pieces which are built out of quotations and transcriptions. When material is found rather than composed, the composer’s process - i.e. how they’ve decided to imaginative engage with something - is pushed to the fore.

I guess at the end of the day it is still transcription - a term that is reserved for text-based art forms - but this imaginative leap was the starting point for the piece.

Yeah it’s fine. Or composer/conductor, conductor/composer, all that.

In general I think we could develop a more liberal idea about what a composer is and what their practice can involve. Nowadays there are a lot of composers who are using all sorts of other media and techniques in their work which extend so far beyond composing in the ‘sitting-at-a-desk-and-writing-down-notated-music-on-manuscript-paper’ sense of the word. I think it’s a shame that as soon as they reach outside of an obviously ‘musical sphere’ they become identified as something else. It’s not music anymore, it’s not our problem, we don’t have to engage with it, let alone take it seriously, or support it.

Find out more about Jack on his British Music Collection profile

Jack's piece Found will be performed at Sage Gateshead on the 27 January as part of New Year New Artists buy tickets here.