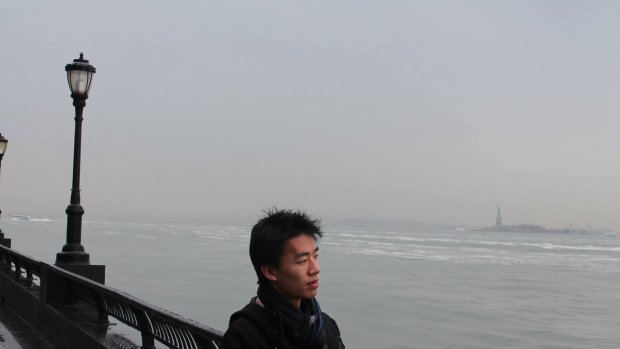 Tan Dun (1957-), has cultivated an astonishing musical career and is something of a rockstar in classical music. The first two pieces I ever heard by the New York-based Chinese composer were his music for the iconic film, Crouching Tiger, Hidden Dragon (2000), scored for Chinese and western instruments, and his Water Concerto (1998) for solo percussion and orchestra. The former is a lush score that was awarded Grammy, Academy, and BAFTA awards ahead of Hans Zimmer’s soundtrack to Gladiator, whilst the latter is a titan of the contemporary percussion repertoire, using water-based sounds in hugely creative ways as the focal point of a 30-minute concerto. It seems almost impossible to believe that a single composer can cross genres between (and frequently within) pieces so successfully, and yet these are just two examples from an output whose breadth and variety is impossible to encapsulate in words.

A theme that pervades through much of Tan Dun’s work, however, is an engagement with Chinese culture. Whether it is by writing for Chinese instruments, reflecting on his memories of China, or reinventing Chinese cultural practices through his music (have a listen to his Concerto for Six), there is often a perceivable quality that derives from his identity as part of the Chinese diaspora. It is this clear link between his music and identity that I find endlessly fascinating, as if he understands better and continuously reshapes himself through composing.

Tan Dun’s Ghost Opera is not your regular ghost story nor (trying to be) your regular western opera. Inspired primarily by shamanistic ‘ghost operas’ in Chinese peasant culture, the piece is scored for ‘vocalising’ string quartet and pipa who all play water, metal, stone, and paper percussion, and visual installation. With clear influences from shamanistic ritual, folk music, and shadow puppetry to name a few, Ghost Opera seems to revel in a liminal space that undermines our desire to categorise the unfamiliar.

The ambiguity is immediately highlighted by the title itself. The majority of western audiences would assume ‘opera’ refers to the western genre, whereas ‘opera’ can mean several different things in Chinese culture, not least the numerous forms of Chinese opera as well as ‘ghost opera’. Indeed, this neatly reflects the paradoxical nature of diasporic experience. Tan Dun has thus commented that “in Europe and even Japan, everyone thinks I’m an American composer....But in America, I’m a Chinese composer”.

The elusiveness of Ghost Opera is layered further through Tan Dun’s use of quotes, not least from J.S. Bach’s Prelude No. 4 in C Sharp Minor from The Well-Tempered Clavier, the Chinese folk tune Xiaobaicai, and vocalisations of Shakespeare's The Tempest. This eclectism is very much intentional on the composer’s part, who has posited that Ghost Opera is “cross-temporal, cross-cultural and cross-media”, and that it “touches on the past, present, future and the eternal; employs elements from Chinese, Tibetan, English and American cultures…” Although the implicit notion of ‘universality’ is arguably naïve, and the use of Bach as “a seed from which grows a new counterpoint of different ages, different sound worlds and different cultures” a little too western-centric for my personal taste, the work remains as much effective as novel.

Alex Ho is a composer on Sound and Music’s ‘New Voices’ 18-month talent development scheme. One of the London Symphony Orchestra’s Soundhub composers, he has had his music performed by the Shanghai Philharmonic Orchestra, Psappha Ensemble, Juice Vocal Ensemble and Roderick Williams. Most recently, he has been commissioned for performances at SoundState Festival (Southbank Centre) and Sound Unbound (Barbican Centre), with further features at nonclassical and on BBC Late Junction. He is the co-director of Tangram, a new music collective opening up spaces beyond the China-West dichotomy.