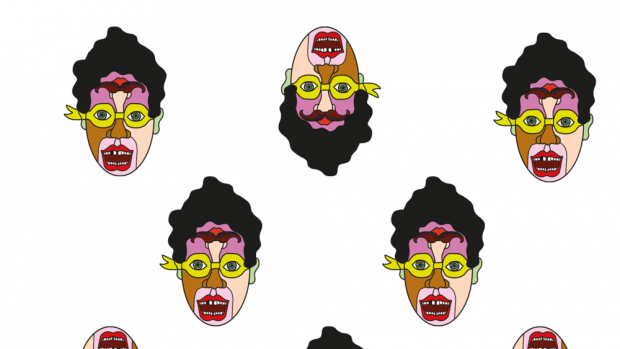 The Keychange Pledge and 50:50 Programming

As part of our BMC Future Views series composer Rhiannon Bedford wrote about the Keychange pledge to increase gender balance in the music industry.

As part of our BMC Future Views series, where we provide UK-based writers, creators and musicians aged 18-25 with a space to platform their ideas, composer Rhiannon Bedford wrote about the Keychange pledge to increase gender balance in the music industry.

Sexism is the music industry’s worst kept secret. No genre is without it and it is pervasive from the fringes to the highest level of the profession. To set the scene: 17% of current PRS members are women.[1] This year, of 100 orchestras worldwide, 5% of works performed were by women.[2] Across the 2020 Billboard hot 100 songs, 2% were produced by women.[3] As of 2018, 70% of the music industry workforce are men, and the gender pay gap is at 30%.[4] This is all not to mention the systemic sexual harassment and exploitation of which #metoo barely scratched the surface. Nowhere are these facts more evident than at music festivals. Analysis of 14 major UK music festivals in 2017 showed that 80% of headliners are all male acts, a particularly striking fact considering 60% of festival goers are female.[5] This disparity was highlighted by Lily Allen and others in 2018 by a spate of memorable tweets of festival line-up posters with all-male acts removed and, as expected, very few artists remained. This has now become a depressing annual tradition.

The PRS Foundation’s ‘Keychange’ is one of the most prolific international movements to increase gender balance in the music industry. A central part of their campaign has been inviting festivals to programme at least 50% female or gender minority artists and musicians by 2022. Since their inception in 2018 this pledge has been taken by over 500 different festivals and organisations from across Europe and Canada. This is undeniably a positive step. As the 2022 deadline approaches time will tell if this ambitious goal will come to fruition. In the meantime, it is not too early to evaluate the successes and limitations of this campaign.

The idea of 50:50 programmes as a main vehicle for change places a high priority on visibility, which is somewhat of a double-edged sword. On one hand the importance of representation and female leaders in any male-dominated field is well documented. Nonetheless many of the starkest gender disparities in music lie behind the scenes in roles such as producers, technical staff, A&R, and studio managers. Organisations are largely in control of how they will interpret this 50:50 pledge, with a few indeed applying it to gender balance in backstage and technical staff, senior staff or boards of directors. However the preference by most organisations for changing just the faces on stage, whilst generating more publicity, does not go far enough in tackling such deeply rooted inequality.

A closer look at what constitutes a ‘50:50’ programme according to Keychange can also highlight some issues. Firstly, for an act to count towards the ‘female’ 50% all it needs is one female or gender minority performer and therefore a ‘50:50’ line-up could easily be 50% all-male bands and 50% all-male bands with one female or non-binary performer. In this way a line-up could fulfill the pledge but still be very male-dominated, in terms of number of performers and their prominence. A similar issue is the lack of directives on ensuring that the most high-profile slots are gender balanced; a short mid-afternoon set on a small stage will count as the same as a headline Saturday night slot on a main stage.

The BBC Proms are an example of this. In 2018 the Proms pledged to achieve 50:50 gender balance in their new commissions and 2021 marked the first year that more female composers than male received commissions. Of course this is worth celebrating, and a Proms commission will be a major career step for every one of these composers, but can we really say that the Proms has achieved ‘full gender equality’?[6] The 50:50 pledge does not account for the weight of commissions; a three minute piano piece in a small venue lunchtime concert would count for the same as a 40 minute work for orchestra and choir performed at the Royal Albert Hall. Indeed in 2019 whilst women made up 18% of composers this was only 4% of airtime, and though 33% of living composers, women composed only 22% ‘substantial works’ (works of over 15 minutes duration and featured in evening concerts).[7] To place this in further context, no attempts have been made to achieve any kinds of gender equality in already existing works which make up the majority of music performed at the Proms.

Glasgow’s TNSMT festival has had a particularly sticky relationship to the idea of gender balanced programming. In 2019 out of 23 artists performing on the main stage 3 were or included women, and 2020 and 2021 did little to break this ‘stale, pale, and male’ formula.[8] The festival’s director Geoff Ellis said that whilst they would “love there to be a higher representation of females” it is not possible “because there’s far, far less female artists” and “We need to get more females picking up guitars, forming bands, playing in bands”. Important to note here is Fender’s 2018 study finding that 50% of guitar buyers in the UK are female, unhelpfully dubbed the ‘Taylor Swift factor’.[9] Blaming women for their lack of success reveals an ignorance of the barriers they face and the importance of representation, but also the nuanced workings of the music industry. If women aren’t booked for festivals they miss crucial opportunities to expand their fanbase and be considered for career advancing opportunities and slots. Whilst economic imperatives are main drivers of programming decisions, with upcoming male artists we are more willing to take the risk.

After a successful International Women’s Day event in 2019 TNSMT made an all-female ‘Queen Tut’s Stage’ a regular part of their festival. The aim of this stage is to provide opportunities for ‘potential festival headliners of the future’. Supporting early-career artists is crucial but it is not a replacement for including women on main stages and headline slots as, despite Ellis’s opinions, there exist a wealth of female, gender minority, or mixed acts more than capable of selling tickets in headline and mainstage spots. This has been true for decades. Whilst female-only spaces can be important, any ‘box-ticking exercise’ that keeps women quite literally in a separate space can undermine the very purpose of pushes for more diverse lineups.[10] Somewhat different is Sweden’s cleverly named ‘Statement’ festival for ‘women, non-binary and transgender only’ attendees and artists after the country’s largest festival, Bråvalla, was cancelled following 23 sexual assaults and 4 rapes in 2017.

Keychange’s work is focused on gender disparities but further work must also be done to ensure intersectionality in this approach. Data collected by Keychange must be disaggregated to reflect issues such as gender identity, disability, ethnicity, and race. Such data would be important for informing future work by Keychange and other organisations and provide crucial evidence in the diversity of barriers faced by women and gender minorities in the music industry.

To date major festivals such as Glastonbury and Barcalona’s Primavera, as well as many smaller events, have achieved 50:50 or close gender balanced lineups according to Keychange’s criteria. What remains clear though is that this is the tip of the iceberg in creating a music industry where all people can survive and thrive. The four years afforded pledged organisations is not enough to rectify the sexism of the industry; the roots run too deep. The widespread disruption caused by the Covid-19 pandemic gave an invaluable opportunity to reflect upon how programming decisions are made and rebuild the industry in a way that promotes a diversity of voices and practices. But has the opportunity been taken?

Rhiannon Bedford is a violinist and member of electronic music duo The Keeling Curve, with Will Frampton. Find out more about them here.

The Keychange Pledge and 50:50 Programming