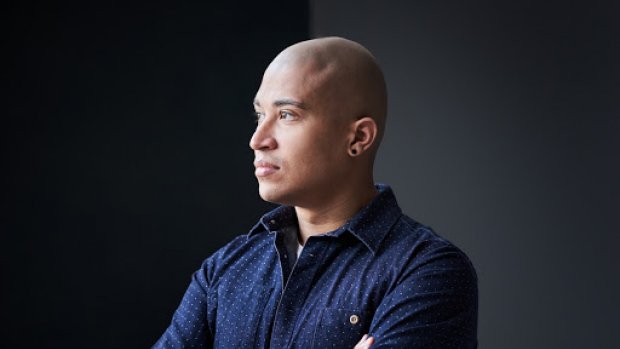 In June, London Music Masters and Sound and Music joined forces in an exciting new collaboration with composer Daniel Kidane. Daniel, who wrote a piece as part of the London Music Masters' commisioned Many Voices collection in 2018, also recently closed the Last Night of the Proms in 2019 with the BBC Symphony Orchestra with his well-received piece, Woke.

Sparked by a call for curation by the British Music Collection, the resulting project, Daniel Kidane's Composer Club, involved three students, nominated by their violin teachers, who had shown great interest in composition. Starting with an initial group introductory session via Zoom, the students then began their individual sessions with Daniel one by one throughout the term. Over the course of these weeks, and working on their pieces at home, each student wrote a short piece for their instrument. Not only were these pieces eventually scored, but the children participated in live rehearsals with LMM Ambassador Agata Szymczewska, who helped them understand how their music could be lifted from the page and into performance. Now completed, these pieces form part of Sound and Music's British Music Collection.

Watch the video on the project below and read Daniel's blog on his experience of the collaboration, and its relation to challenging cultural gatekeeping.

What makes something worth curating in music? Why are some pieces played more than others? Or, why are some composers performed more often? Usually things or people that are deemed important take the forefront and the value bestowed on them is determined by human perception and opinion. In music, value can be judged in a variety of different ways and the only real certainty is that the value judgement each person makes about whether they like or dislike something is subjective.

Those who decide what is important and what is not are called gatekeepers, and as part of their roles in choosing what to elevate they make an assessment of what is good or bad in terms of their standards or priorities. In the realm of classical music there are gatekeepers at every corner – people who decide what is published, what makes it on to a CD or what the public hear at a concert all hold keys. As a composer, I too have had the chance to curate, especially when it comes to programming concerts. Deciding what does and does not get performed can be fun but it also carries responsibility in terms of what stories are heard publicly.

When deciding what to curate for the British Music Collection, I wanted to challenge the notion of curation. My goal was to explore the thinking that happens when people decide what is valuable and should be showcased to a public audience and ultimately challenge patterns of gatekeeping.

The classical music community is very good at championing the old. Perhaps the clue is in the name of the musical genre – something becomes a classic when it is judged over a long period of time to be of the highest quality and the most outstanding of its kind. If I were to ask a member of the public to name a composer, the most common answers would probably be Mozart, Bach or Beethoven. These composers who have withstood the test of time and have entered the classical music hall of fame enjoy what many composers yearn for – repeat performances galore, monthly CD releases and prevalence centuries after they have passed. Year after year many festivals, concert seasons and performers choose to champion the works of these composers. Yes, they are great composers, but should they be revered at the expense of new classical music? Is the genres obsession with greatness, with certifying a repertory of canonical masterpieces that get played again and again healthy? One can say that we all, in some way, cannot help being swept up in the search for, and identification of, greatness. When we try a new tasty dish, or watch an exciting new film, it is natural to be enthusiastic about it, and to seek reassurance that the things we enjoy are liked by others, too. But, in day-to-day life, away from the realm of classical music, we tend to do this with new things and experiences. It would be a bit odd if a person harked on about an old movie with the level of exuberance that one would expect from a newly released film.

I wanted my curation to be less about spotlighting existing works and creators and more about the creation of new music by non-professional composers, specifically by young learners. The heart of my idea was to spark creative interest amongst youthful instrumentalists and allow them to experience devising, composing and participating in the deliverance of their own pieces. By empowering them with the mission of writing their individual works, I was eager for them and others to know that their ideas deserved to be brought to life and heard. The British Music Collection is an organic collection, which grows all the time as more and more composers create profiles and contribute their work, and I was keen to continue this worthy ethos of inclusivity.

Working closely with three young violinists from London Music Masters (Bea, Michelle and Oscar), some of who had no prior experience of notating music but were really keen to learn, was very inspiring and uplifting. It was a pleasure going on a journey of discovery with them and allowing their imaginations to lead the way and in turn allowing them to experience being true creators and makers of new music. I was astounded by their musical openness and yearning for new sounds and techniques on their instruments. Further solidifying the idea that nurturing an interest for the new in classical music should not be marginalised or classified as a niche speciality – even the greats like Bach, Beethoven and Mozart were once youthful avant-garde composers.