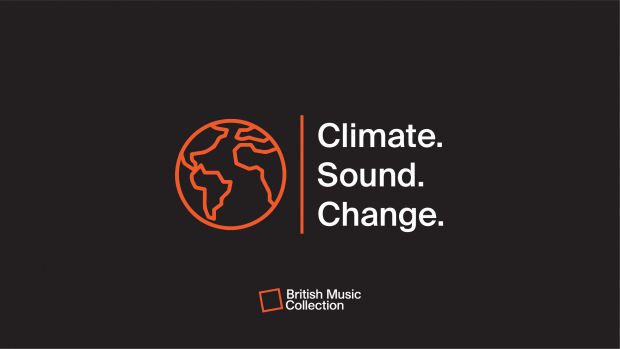 Discover the projects selected as creative responses to the climate crisis as part of the 'Climate. Sound. Change' open call - premiered across the next 3 weeks

Here at Sound and Music, and particularly on the British Music Collection, we feel it is important to create space for composers whose work engages and seeks to address current social issues.

In October 2020, we ran Climate. Sound. Change, a nationwide call which saw over 140 applications from composers responding creatively to what is unequivocally the most urgent and far-reaching issue of our time.

As a living archive, we want to present and curate new works that give an insight into how composers, musicians and artists are celebrating the environment through their work, responding to the climate emergency, embedding environmental sustainability into their practice and inspiring audiences to take urgent and inclusive action on climate change.

Throughout June, the now completed works will be launched and hosted on the British Music Collection online platform and shared via our social channels and newsletters.

The grant winners are Yshani Perinpanayagam, Jessica Slowen, Gwen Siôn and the winner of the young person’s opportunity, Buster Woodruff-Bryant. 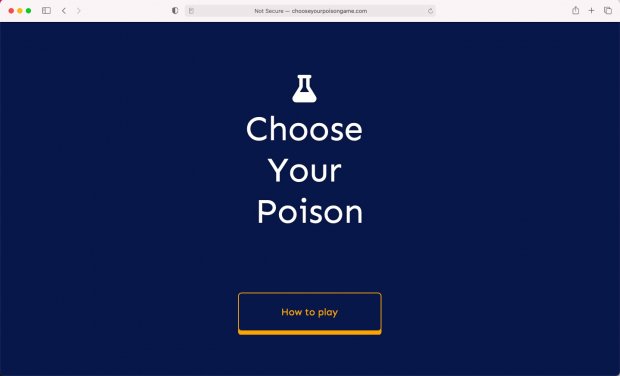 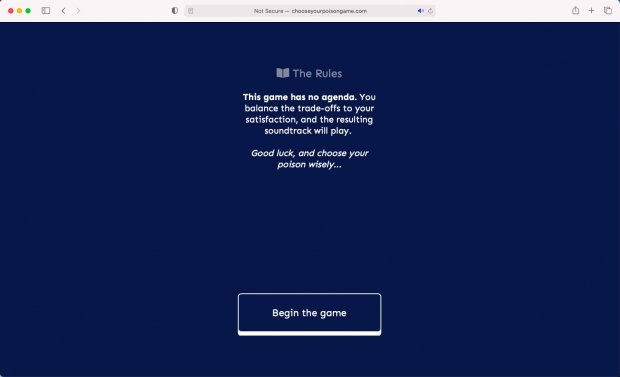 Choose Your Poison is an interactive musical composition presented as a computer game. It pulls together elements of Kate Raworth’s Doughnut, Stockholm Resilience Centre's Nine Planetary Boundaries, and the UN’s Sustainable Development Goals to portray the environment in layers of sound, each layer representing a different aspect of the world. Based on “confidence of risk” data for the UK, the layers will respond to the player’s in-game choices, and together sonically paint the environmental effects caused by them.

This work is not a scientific document - the trade-offs posed in this game are, in reality, more nuanced and complex. Choose your Poison is a means of expressing the broader consequences of certain actions in a non-verbal way, while providing an opportunity for the player to explore their personal balance of ethics. It does not wish to define right or wrong answers, and as such is a game which cannot be won or lost.

‘Greatest Mistake' is written for 2 or 3 vocal parts (depending on the age and technical ability of the choir), with a piano and orchestral accompaniment.

The project: “I wanted to write about climate change in a way that offered hope to children for the future so, musically, the song is quite up-beat and driven, with many positive messages. After a lot of research into the issues surrounding climate change, I felt that my lyrics needed to have real impact to get the message across. Some of my inspiration for this came from Greta Thunberg's emotional speech at the 2019 UN Summit and also her "Can you hear me?" speech at the Houses of Parliament. I was also inspired by David Attenborough's poignant documentaries about extinction and climate change.”

When I close my eyes, I can see a place,

Where nature thrives with the human race,

And I wonder how this can ever be a reality.

We take so much more than we need to live.

Place our needs before what the Earth can give.

And now it’s time to listen, before it gets too late.

With species dying and people crying, their homes all washed away.

And making money seems more important than seeing past today.

Or this could be our greatest mistake.

If we don’t act now, will the future be

Somewhere we feel safe and live in harmony?

Will we breathe clean air, or will that just be a distant memory?

Couldn’t be more clear, no, we can’t ignore,

What’s in our atmosphere. It can take no more.

We need to save our planet, ‘cause it’s worth fighting for.

Or this could be our greatest mistake.

The Earth is warming, the ice is melting.

The seas are rising, the land is flooding.

Diseases spreading. Are you listening?

Can you hear me?

Or this could be our greatest mistake…..The only one.

Don’t let this be our greatest mistake.

When I close my eyes, I can see a place,

Where nature thrives with the human race

HS2 Ghostlands is a project created by multidisciplinary artist and experimental composer Gwen Siôn. Working on location in and around Hertfordshire, Buckinghamshire and the outskirts of London (regions directly impacted by HS2), Gwen has collected field recordings across 18 specific woodland locations suffering both the direct and secondary effects of HS2. With the recordings, she has created a sonic archive of these environments facing imminent threat.

Her project, HS2 Ghostlands, aims to preserve an accurate auditory record of these sites accessible in the form of an interactive sound map in an attempt to memorialise and immortalise these soon to be lost woodland spaces and enable a transportive sonic encounter with these endangered environments. By creating a digital space which exists beyond the loss of the physical locations, HS2 Ghostlands facilitates a continuing point of contact between the public and these natural environments, making them accessible after their destruction.

As part of this project, Gwen has also created an experimental piece of music titled Ghostlands which combines the environmental audio recordings of the woodland locations with original musical compositions created in response to the spaces using found objects and physical fragments of the natural environment as instruments as well as creating original vocal, multi-instrumental and electronic compositions inspired by reading the visual landscape of the woodland as a musical score and echoing patterns in birdsong. Ghostlands uses a mix of both traditional acoustic instruments, electronic instruments, a variety of hardware devices and Gwen's own handmade instruments made from fragments of the landscape. By creating instruments from recycling natural materials found at the locations, such as fallen tree branches, the musical compositions are not only framed by the sounds of the woodlands in the field recordings but are also made from the sites themselves, literally resonating through the dead wood of these locations.

This project has been created in response to HS2 in a political act to record and preserve UK woodland, highlighting issues of deforestation and the habitat destruction and biodiversity loss that happens as a direct result. By actively engaging with the woodland, practicing deep listening, recording, archiving, using and responding to environmental sounds, the project aims to give the forest a voice in an attempt to acknowledge the presence and importance of these irreplaceable natural spaces which face destruction. The extreme effects of deforestation on the global climate emergency are devastating, yet we are currently witnessing the largest deforestation project in over 100 years - HS2, resulting in the permanent destruction of 108 ancient woodlands and precious wildlife habitats across the UK.