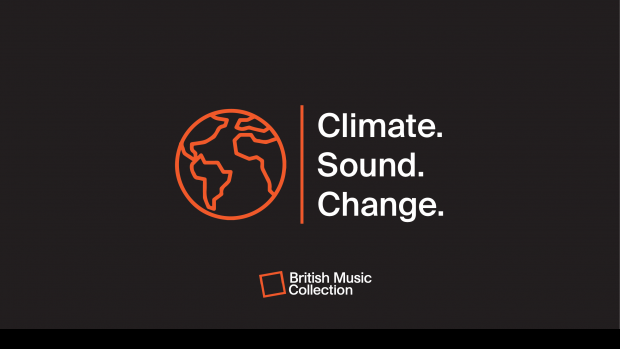 Four projects have been selected as creative responses to the climate emergency, as part of our Climate. Sound. Change. Open Call.

Across the world, front-line communities are battling the effects of climate change and raising awareness of the global emergency we face. Here at Sound and Music, and particularly British Music Collection, we feel it is important to create space for composers whose work engages and seeks to address current social issues. As a living archive, we want to present and curate new works that encourage audiences to reflect and to have more insight into how composers, musicians and artists are responding to and embedding climate action into their practice.

After a nationwide call for applications, which saw over 140 responses, we’re excited to announce the winners of the Climate. Sound. Change. open call. Each will be presenting new works that respond creatively to what is unequivocally the most urgent and far-reaching issue of our time.

The grant winners are Yshani Perinpanayagam, Gwen Sion, Jessica Slowen and Buster Woodruff-Bryant, who we are very pleased to announce as the winner of the Young Person’s opportunity.

Once completed the 4 works will be launched and hosted on the British Music Collection online and shared via our social channels and newsletters over the coming months. Get to know more about the winners and their projects below. 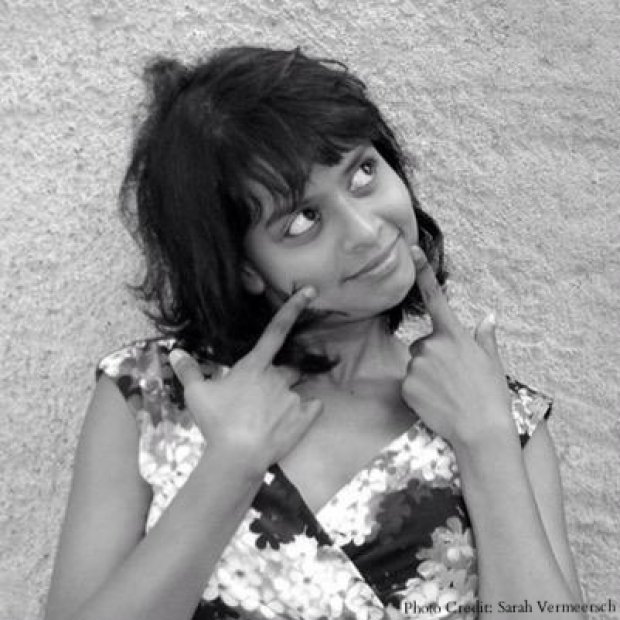 As a multi-genre chamber musician, orchestral pianist and music director, Yshani has performed at venues including Wigmore Hall, Queen Elizabeth Hall, Barbican Theatre and various West End Theatres; at events including the Oxford Lieder Festival, Kammer Klang and Live at the London Palladium, and with such varied artists as City of Birmingham Symphony Orchestra and Nina Conti.

Yshani is pianist of the Del Mar Piano Trio and Carismático Tango Band, and has been musical director for productions by the Royal Opera House, Rambert Dance Company and Royal Shakespeare Company. She also has a strong interest in contemporary music with her commissions for piano, Commodore 64 and 8-bit synthesisers performed at the National Theatre and the All Your Bass National Videogames Arcade festival.

Yshani’s project: “My piece ‘Choose Your Poison’ will explore the human impact on biodiversity and will function, essentially as a musical computer game. By posing questions or moral dilemmas relating to the climate crisis to the player, I want to engage BOTH those who are sceptical about the climate crisis by painting the cause-and-effect of human behaviour in a different way, as well as giving those already ‘converted’ a different space to consider new way forward. The piece will throw various complexities of the problem into the air at once, and express facts and consequences in a non-verbal, musical way.”

The work will be made in collaboration with programmer and musician PROTODOME. 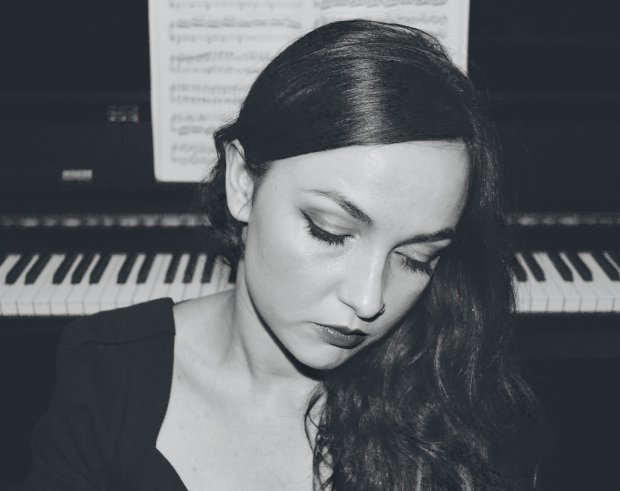 Gwen Siôn is an experimental composer, pianist, producer and multidisciplinary artist. Her work is primarily sound-based although she often incorporates elements of sculpture, moving image, photography and text to create multi-sensory installations. Her practice explores the architectural qualities of sound and is underpinned by landscape, mythology, ritual and synaesthetic crossovers. She is interested in acts of translation and transformation, using sound as a way to describe visual, physical and emotional experience. Her work often explores the idea of translating landscapes into sound and combines elements of ambient and electroacoustic music, minimalism and musique concrète. When creating sound works, she uses field-recordings, found objects and physical fragments of the landscape as instruments as well as creating original vocal, multi instrumental and electronic compositions inspired by reading the environment as a musical score.

Gwen’s project: “I aim to create an experimental sound work combining environmental audio recordings of specific woodland locations and original musical compositions created as a response to these spaces. Working in and around Hertfordshire, a region directly impacted by HS2, I will use field-recordings, found objects and physical fragments of the natural environment as instruments, as well as creating original vocal, multi-instrumental and electronic compositions inspired by reading the visual landscape of the woodland as a musical score.

This work will be composed in response to HS2 in a political act to record and preserve UK woodland, highlighting issues of deforestation and the habitat destruction and biodiversity loss that happens as a direct result. By actively engaging with the woodland, practicing deep listening, recording, archiving, using and responding to environmental sounds, this work will aim to give the forest a voice in an attempt to acknowledge the presence and importance of these irreplaceable natural spaces which face destruction.” 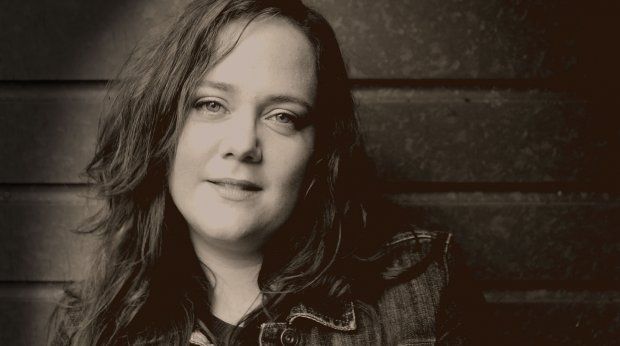 Jessica Slowen is a songwriter and composer, currently based in the Midlands. Whilst teaching in schools across the UK, she developed a keen interest in directing school choirs and organising concerts, writing and arranging musical programmes. This interest developed into a passion for writing children’s choir songs, exploring social and emotional issues that children can relate to and reflect on.

In 2017, her song Open Your Eyes was used in the Last Choir Singing competition in Lancashire, performed by over 60 primary school choirs in prestigious venues, such as the Blackpool Tower Ballroom. She also collaborated with the Royal Birmingham Conservatoire to record her charity song No More War with a full orchestra and children’s choir.

In 2018, Jessica’s song Share It was chosen for the Blackburn Cathedral Sing Together project – a six-month outreach programme that trains over 250 teachers and 3,500 primary school children. 2019 saw the project commission her song Sing Together, which was then used by teachers during the Covid-19 lockdown to keep children’s spirits up. Later in 2020, her song Find My Way was performed by over 4,000 children as part of the project.

Throughout her career, Jessica has collaborated with a diverse range of musicians, through her song-writing and as a recording vocalist, featuring on several independent albums. She has amassed a catalogue of songs spanning multiple genres, from Pop to Country, Opera to Latin.

Jessica's project: "I will write a children's choir song focussed on the impact and causes of climate change, and reflecting on the ways we can help to reduce it. The song is aimed at Years 4 to 7 and will use harmonies and a full backing track, which will be recorded as a guide for choirs. There will be a piano accompaniment and score which, together with the vocal parts, will help choir leaders to teach the song. As climate change and global warming are issues that most children are familiar with, and that many worry about, I think it's important to give them an outlet to express how they feel. A song that children can perform at school with their choir would help give them a sense of empowerment, to feel that they could make a difference, as well as pass on this important message to their audiences." 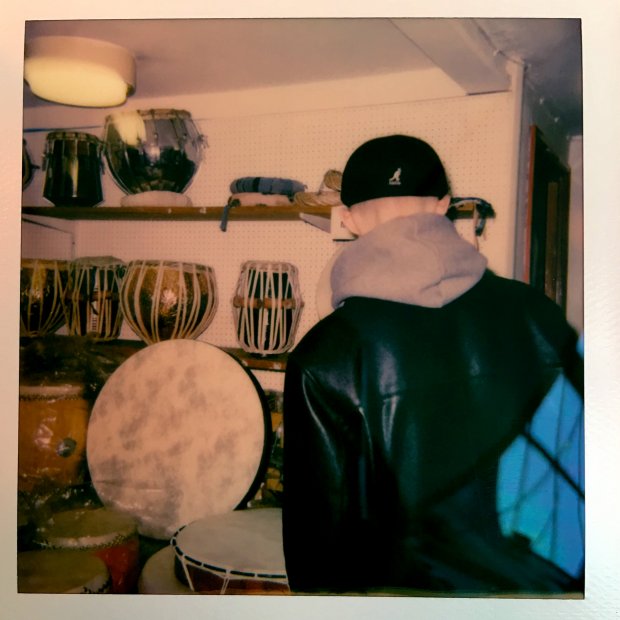 Buster Woodruff-Bryant is a London based self-taught multi-instrumentalist and composer, with his main instruments being tenor saxophone and guitar. Constantly striving to express his spiritual beliefs through music, his two favorite genres are jazz (particularly the music of John and Alice Coltrane and Pharoah Sanders) and dub / reggae.

Having spent time performing as a side man with a number of different artists in London, across an eclectic range of genres (including Soothsayers, Nia Smith, Muva and Wu-Lu) - Buster is now looking to form his own ensemble, synthesising his influences and beliefs to find a sonic identity of his own.

Using the grant from the British Music Collection, Buster is going to compose and record a two track, audio-visual suite. The compositions and visuals will be addressing the lack of spirituality in society, which Buster believes to be the root of many of its ills.