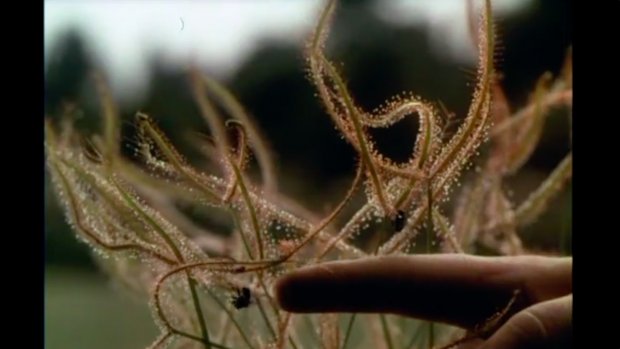 Discover a new work by Buster Woodruff-Bryant - the winner of the Young Person’s Opportunity for Climate. Sound. Change.

We are delighted to share a new audio-visual work by Buster Woodruff-Bryant, the winner of the Young Person’s Opportunity for Climate. Sound. Change.

As a living archive, we want to present and curate new works on the British Music Collection that give an insight into the ideas and practices of composers, musicians and artists making music today. For this call, we wanted to create space for work that celebrates the environment, engages with issues of climate and ecological emergency and inspires audiences to take urgent and inclusive action on climate change.

This work was created earlier this year as part of a nationwide call which saw over 40 applications from young composers aged 16 - 21 responding creatively to what is unequivocally the most urgent and far-reaching global issue of our time – explore the other works created here.

Buster Woodruff-Bryant is a self-taught multi-instrumentalist and composer based in South London. His new work is available to watch below:

Hi Buster, can you start by telling us a bit about you and the music you create? Who inspires you and what has been particularly influential on your practice so far?

I’m Buster Woodruff-Bryant. I’m a twenty year old composer based in South London. I played guitar for a number of years but picked up the tenor saxophone at the start of the first lockdown in March 2020 which has since become my primary focus.

In terms of what inspires me, I’d say my music almost always comes as an expression of either my spiritual or political beliefs (with the two very often overlapping).

Growing up, I was lucky to be exposed to a lot of great music (of all genres) through my parents, they also gave me my first guitar. My dad was the one who taught me a lot of what I know about music, he really showed me the power that music has and he played a massive part in me falling in love with it.

In terms of musicians who have particularly inspired me it’s a pretty big list… I try to listen to music from all parts of the world but I owe a lot in particular to the great John and Alice Coltrane, Pharoah Sanders, Milford Graves, Steel Pulse, Bob Marley and The Wailers, as well as the legendary Hindustani musicians, Bismillah Khan and Ravi Shankar.

You were commissioned to make this new work as part of an open call for young composers to create new work which celebrates the environment and inspires urgent action on climate change. Can you tell us more about your approach to making it? Have you ever created work in response to this subject matter before?

When thinking about the word climate, I ended up thinking about the issues surrounding our global climate as a whole. There’s a massive amount of problems, not just with how we’re treating the planet but also how we treat ourselves and each other. Ultimately, I believe that a lot of our problems stem from a bigger issue that has probably been thousands of years in the making.

With these issues still at the front of my thoughts, I went through a number of different sites containing free to use archival footage and found footage that I felt showed or reflected the problems that we’re dealing with right now. Then with this footage in mind I composed, recorded and mixed the piece before having it mastered by my good friend, Kyle MacDonald (who is a great producer and DJ himself, find him on instagram at @macc_d). After that, I spliced and sequenced the footage to try and create a montage that I hoped would force the viewer to reflect on the past actions of mankind as well as our role in the current situation.

The audio visual work you created uses stock archival footage to very powerfully document some of the issues that are harming us and the planet today. Can you tell us a little bit more about the message you wanted to communicate through this material?

I really just wanted to demonstrate the interconnectedness of all of the issues that we’re facing. Whether it’s the displacement of indigenous people, the exploitation of our finite resources or the mistreatment of both human and non-human life, I believe a lot of our problems stem from what is essentially an abundance of greed and a lack of compassion and basic spirituality. None of this is helped by the fact that here in ‘the western world’, we’re born into a system where we’re told the only thing of importance is individual gain, particularly in a material sense. I do think we’ve probably been on this path to destruction for thousands of years, but we’re reaching the point now where we have to realise the error of our ways. It’s not too late to change things but we really have to start trying now.

Young people are at the forefront of the movement pushing for action against the climate crisis, but what changes would you like to see from world leaders and decision makers help protect the planet for future generations?

For starters, I’d like to see some of these ‘world leaders’ acknowledge the fact that we really are at the breaking point, as opposed to blindly marching us down the path to our impending doom… A lot of pressure is put on the individual to ‘cut down their carbon footprint’ etc, and whilst that is something we all need to be consciously making an effort to do, the lack of seriousness with which the ‘global leaders’ are treating these issues is disturbing.