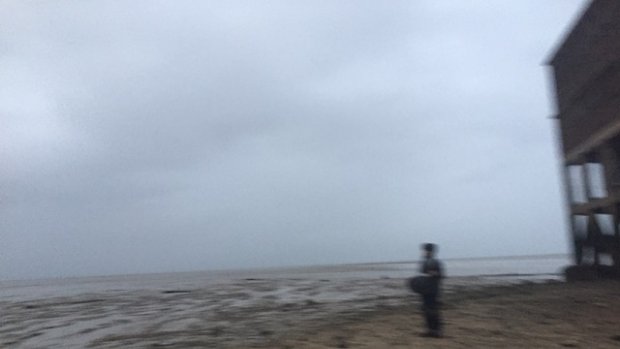 New Voices 2019 composer Otto Willberg talks us through Bootleg Spacial Recall, a public sourced archive, and tool for listening closely to  the parts of our environment that get ignored and forgotten.

Created as part of Sound and Music's New Voices 2019 programme, Otto Willberg talks us through Bootleg Spacial Recall, a public sourced archive, and tool for listening closely to the parts of our environment that get ignored and forgotten.

Bootleg Spatial Recall is a place for collecting the sounds of spaces in the form of convolution reverb. It is an open archive that anyone can contribute to, using simple tools and technology, and has a very low threshold of fidelity requirements, hence the bootleg in the title.

The sounds are stored on the site as impulse responses, which I will return to later. By using a process called convolution we can bring the impulse response sounds together with another piece of audio, enacting the simulation and transportation of a sound into the acoustics of real spaces. BSRs focus is on public spaces, that are accessible and reachable by anyone. Threshold places that do not necessarily distinguish certain types of behaviour when we are in them. Places that sound different on any given day, and depending on whose ears are listening.

In bootlegging each recording is unique dependant on time, space, the recording device and the listener/recorder, an assemblage of different things working together as a whole. There is a mix of controlled elements, or human actions and non-human things acting beyond control but all vital elements. In bootlegging of concerts this could include crowd noise, movement, footsteps and more. In BSR we also encounter these elements, things like traffic, wind, chatter of people. These are what David Gissen calls Subnatures which also include gas, puddles, weeds and dust. I would like to extend the notion of Subnatures to the Subtechnologies. Examples of these could be mp3, low sample rates, bad fidelity,  cheap recorders, dodgy/broken cables, mono over stereo/surround sound and the internet as vital tools in the way we listen and engage with sound. Not all of us have access to specialist software, equipment and computer processing power and BSR tries to be a point where all sorts of approaches can meet and mingle and still be completely vital and interesting.

An impulse response is the recording of the reverberation that occurs in a space when an impulse is put into it. I like to use balloons to make the impulse because its fun, they are colourful and they sound great. When you pop a balloon in an enclosed or partially enclosed space, after the initial burst, you hear the decay, which is the reverberation of the space.  Popping a balloon isn’t always as simple as it seems. When you go to a space with the intention of bursting a balloon you are also amongst a number of other affects which have to be considered. For one you don’t want to startle the people around you. The other evening with a friend, I burst a balloon in Liverpool Street Station, with some initial apprehension due to the number of people moving about, a high number of surveillance cameras and police patrolling the station. With the residual memory of previous loud bursts from the evening in our ears we didn’t want to set any alarm bells off. When the balloon did eventually pop, the resulting impulse was very quiet, its noise getting sucked up by the enormity of all the other sounds and activity going on in the station. No one noticed.

Bootleg Spatial Recall is an effort in publicly sourcing an archive. It has started aiming at a record of the resonances of spaces, and sound between walls, materials, but it could just as easily be a point of coalescence for the vibrations of things, and thing power, the wobble of a metal stair as it is clambered on, or the clank of one of those metal road/parking things that wobble in the road. The impulse responses that I recorded at the start of this project, which found their way into the record I made alongside BSR called Barbaric Mystical Bored, consist of a mixture of sources. There are impulses of the echoic resonances of the rooms on Grain Tower Fort, a disused victorian sea defence a mile off the coast of the Thames Estuary, also impulses taken from the sheet metal floor of some of the rooms, or the redundant munitions lift that remains in the centre of the building.

An archive doesn’t have to be prescriptive. It does not attempt to create a record or tracing of particular scales/coefficients. It leaves itself open, and responds as a structure to the addition of new submissions, shifting and morphing continuously. I am excited to see where and how the site changes over time, as it becomes different things and presents more and more opportunities, for ruptures within and out of it, and also how it could morph and transform in co-existence with other structures and pieces. One way of thinking about it is as a map with multiple entryways, that is always detachable, connectable, reversible and modifiable. It would be interesting to hear multiple submissions of the space, and the difference within each of them, as there is no way it can be the same again.

BSR uses convolution as a tool to look at information willing its instability and to embracing its abundance. A record of different intensities and flows of difference. The visible nodes of the archive point to further tubers of knowledge in the hands of all sorts of agents, potently acting from afar, brought together in archive of multiplicity. A project I was influenced by was ‘Rhizome’  made by musicians and coders Corey Mwamba and Tom Ward. This project is a map of improvising musicians, which constantly morphs and adapts to the node that you choose to view it through. The information is all added by musicians, which speaks to the idea of having an archive stored within a public, that is always changing and morphing into different things, rather than a static record of information. One way that I’ve visualised the archive is as a plane surface on which everything is located which has small peaks where the visible impulses are poking through into the system. Everything is still there, but not uncovered, and still affecting.

Archiving with sound feels important as a way to rally against the predominance of information and communication by visual culture. We regularly send visual cues to each other to describe events or the overwhelming feeling of moments, snapshots, postcards etc, but rarely is this transmitted by sound alone, and I wonder why this is? Sound can be much more vague, more willing to let the unknown in, and to listen to it we often have to be ready to relinquish our position as the main subject. It is always affected and affecting itself and things around it, unfolding what our attention can see, from the proximate to the distant, and in the case of reverb, also to what is no longer there. It has the magical power of being able to traverse boundaries and borders, de-territorializing spaces and reshaping them. Its very hard to stop it.

Late last night I burst a balloon in a longish arch/tunnel space around Southwark and was amazed at the bass frequencies that came out and literally bounced around the space, which where not audible using a clap. For what its worth, I always pick up the burst balloons. I want BSR to be a way of encouraging you to think about what our surroundings are doing to us. What behaviours and actions are they prescribing without us noticing? Especially spaces like tunnels, bridges, places that might be described as threshold spaces, or liminal spaces that are in-between, or out-side. Out-side of what? In-between what? Places that are stuck in times or out of times. Different spaces in the cities rage with vastly different levels of intensities. Some move so quickly that its hard to keep track, others seem so permanent and static that we don’t register their vitality and flow. Maybe hearing a burst of sound in these different environments could let us think about what the spaces are doing differently. The arch arches, the bridge bridges, the tunnel tunnels etc.

I’m going to briefly outline what it takes to add a submission to the site. Assuming you are in a location that you want to make a recording of, all you initially need is something to record with, either a portable recorder, or a phone if you don’t have one. The next step is making the impulse. An impulse could be anything, for this example I’m going to use a balloon, but you could use whatever you wanted, including a simple clap. Once your balloon is full of air and the material has stretched and is providing a resistance between the air inside and the space outside, it needs to be burst. How this occurs is down to you. I enjoy jumping on them but sometimes that is hard if there is a lot of wind. The recording needs to capture the initial burst and the full decay of the sound. The next stage is making the recording ready to go on the site. I would encourage you to try and trim the recording so it starts at the onset of the sound and ends after the final decay. There is a tutorial on the site that explains this process further if you don’t know how to. Then you head to the upload page, fill in the details with a picture and press submit. The new impulse will then populate the scroller on the main page where you can hear it convolved with myself and some friends reading some very approximate Old English about concrete. A big thanks goes to Sam Andreae who built the website and found ways of realising an idea that I would have had no idea what to do with.

I hope if you are reading this you might feel inspired to contribute and that it seems fairly clear how to do so! Finally, the archived impulses are all downloadable, in the format that they were uploaded, and could be used in any way you might imagine. Maybe your beat could really do with some dank foot tunnel reverb on the snare.

Listen to Bootleg Spatial Recall on RTM.fm, a community radio station in Thamesmead.

Otto Willberg is a improvisor based in London. He took part in New Voices in 2020 and made the site Bootleg Spatial Recall alongside a record called Barbaric Mystical Bored, as part of an interest in exploring outside spaces and the twisting of fates. Listen to the record here.

Find out more about Otto Willberg at his British Music Collection profile and website.

Contribute to the archive at www.bootlegspatialrecall.net