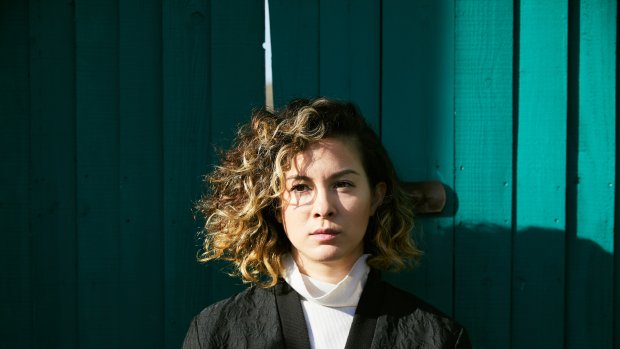 Jasmin Kent Rodgman investigates the relationship between her music and identity ahead of the premiere of her new piece, ancient stone, for Tangram at LSO St. Luke’s.

In this blog, Jasmin Kent Rodgman investigates the relationship between her music and identity ahead of the premiere of her new piece, ancient stone, for Tangram at LSO St. Luke’s.

I’ve recently finished ancient stone, a new commission for music collective Tangram. If you search for ‘Tangram’, up pops an explanation of the Chinese puzzle (where the ensemble have gotten their name) and adverts for Amazon Prime delivery of ‘brain busting children’s Tangram sets’. Great, thanks Google.

But Amazon orders aside, the name is extremely apt for a collective ‘creating new music to open up spaces beyond the China-West dichotomy’. Navigating the spaces between people and how music has a part to play in these relationships is a great start to talking a little bit more about where I come from and what drives me to create.

Inspired by Chinese proverbs, Chinese Opera and mime, ancient stone is made up of four miniatures, each with its own personality and is to be performed as if there were an invisible dancer or actor in the room, accompanying it. I’ve long since been fascinated by the contrasting form and expression within Chinese Opera compared to its Western counterpart. If Western theatre is founded upon Aristotle and Ancient Greek practice, Chinese (pre-modern) theatre inherited text and poetry from movements such as Confucianism, Daoism and Buddhism. In-depth exploration into the harmony between nature, art and human emotion results in a particular style, form and modes of expression. For example, the picture ‘painted’ by words and music often uses scenic description to relay the emotions behind the story.

This will be the first time I’ve directly quoted my Chinese (Malaysian) heritage within my music. It is not the first time I’ve explored identity though. As a composer and producer, my work hops between classical, electronic and sound art, focusing on themes of ‘otherness’ within gender and race. More often than not, it also features cross-arts collaboration with creators from the dance, film, performance poetry, fashion worlds etc. Whoever I can get my hands on to hatch a plan with, I will!

Navigating transnational identity begins, for me, with finding the intersection between the various cultures I call my own: Chinese, English, Malaysian, British, (London). As a result, I’m constantly trying to create a musical experience that tries to go beyond just witnessing a performance, but makes you move within and through it. For example, I’m currently creating a promenade concert/installation called TRIPTYCH for Shoreditch Town Hall and Chinese Arts Now Festival. Investigating diaspora, media consumption of identity and environment, the project will feature ensemble and electronics, dancers and MC. This is my own way of claiming heritage through storytelling and music.

For many years, I had been hesitant to quote my Chinese heritage within my writing. Looking at Western classical music, there are many examples of composers taking inspiration from their own national music traditions; Bartók, Lutosławski, Vaughan Williams, Weir etc. But there is also stealing and distortion of other cultures, at times displaying racism and Orientalism (we’re hot off Christmas season, so Tchaikovsky’s The Nutcracker springs to mind). In part, I had to unpack my thoughts on ingrained attitudes within the classical music canon (I’m still unpacking) before I could move ahead with communicating my own experiences of diaspora.

Funnily enough, reading Alex Ho’s British Music Collection blog on Tan Dun’s Ghost Opera was a positive and timely reminder of a Chinese composer who crosses not only genre but cultures, enriching contemporary classical music through his re-imagination of opera.

This reminds me of the successes of transnational Chinese cinema and their soundtracks. From Tan Dun’s score for Ang Lee’s Crouching Tiger, Hidden Dragon (2000); to Zhao Jiping’s music for Zhang Yimou’s Red Sorghum and Chen Kaige’s Farewell My Concubine; and the eclectic mixtapes of Wong Kar Wai’s Chungking Express, In The Mood For Love, and 2046. The latter relaying Hong Kong’s fragile political status quo set amidst a sci-fi romance noir, reinventing modes of cinematic storytelling alongside a soundtrack featuring music from China, Hong Kong, Japan, Cuban, America, Italy— demonstrating the affect of the international community on Chinese diaspora and vice versa.

And so, I’m looking forward to Tangram’s premiere performance of ancient stone. Inspired by proverb and memory, music like this article in many ways; a brief insight into how I’m currently navigating transnational identity.

Jasmin Kent Rodgman is a British-Malaysian composer and producer. In 2017/18, she was a London Symphony Orchestra Jerwood Composer, writing new music as well as curating for their 2018 programme. Whilst working with the LSO, she had the privilege of being mentored by Errollyn Wallen and Jude Kelly. She was one of the 2018/19 British Council PRS Musicians in Residence, China.