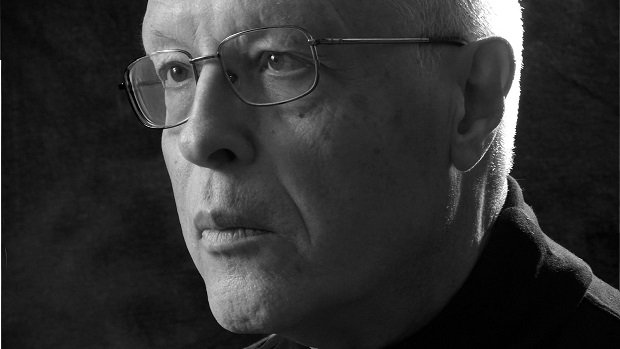 Michael Finnissy is one of the most chameleonic of British composers. A large portion of his oeuvre draws on music from the past, both canonic and obscure, subsuming them to create works that are both excitingly fresh and inextricably linked to music history. In some cases, the results are startlingly complex and virtuosic, which has led to an ill-deserved reputation – that all his music is similarly ‘difficult’. Finnissy’s Gershwin Arrangements put this misconception to rest.

Drawing on Gershwin’s songs, many of them now jazz standards, Finnissy composed two books of “arrangements”, each book functioning as a narrative arc. However, each of the movements also stands on its own and has a unique identity and approach to Gershwin’s original.

I first found the score in the library of the Sydney Conservatorium of Music (which, thanks to the presence of musicologist Richard Toop, had quite a substantial Finnissy collection). It was one of a number of classic piano cycles by Finnissy, including his English Country-Tunes, and Verdi Transcriptions that got me hooked. Later, at the Royal Academy of Music, I dedicated a lecture-recital and my Masters thesis to his approach to transcription and transformation, and have had the honour of collaborating with him on several new works.

Given I share Finnissy’s passion for Gershwin (developed while playing in jazz bands as an undergraduate), this cycle was an obvious starting point for me to dive into Finnissy’s transcription-based works. But what makes these much more extraordinary than most jazz renditions is the way in which they play with and against the memories of past performances and interpretations of the songs embedded in them.

“They Can’t Take That Away From Me” was first sung by Fred Astaire in the musical Shall We Dance?, in a sweet, classic-Hollywood style, before being re-interpreted as a joyful song of defiance in the face of adversity in celebrated interpretations by Ella Fitzgerald and Frank Sinatra. Finnissy’s rendition has moments that recall each of these interpretations, while also sounding increasingly weighed down by its history, and by the hollow reassurances of the lyrics; the increasingly pessimistic interpretation climaxes with a massive cluster, a cry of futile defiance in the face of defeat and loss, and a complete inversion of the earlier interpretations.

The Gershwin Arrangements also seem to draw on memories of Gershwin and his friendship (and frequent tennis matches) with Arnold Schoenberg, blending and juxtaposing the styles of these composers. In “Embraceable You”, the harmonies melt chromatically from jazz-like chords into atonality and back again, while “Our Love is here to Stay” starts with a sparse, almost Webern-esque angularity before coagulating into richer, but still harmonically unstable territory. Even the faster, jauntier movements, such as “Fidgety Feet”, have a tonal instability that creates the impression of two dancers who aren’t quite compatible swirling each other off balance.

As Finnissy states, the inversion of mood in so many of these movements is central to his approach:

The “queering” of Gershwin’s songs, finding tragedy out of formerly optimistic musical materials, makes this one of his greatest feats of musical transformation, and a work that also stands alongside his more explicitly LGBTQ-focused works (such as 17 Immortal Homosexual Poets).

He explicitly thinks of the first seven of the arrangements as tracing a gay love affair, “from tentative, if hopeful, beginnings to mournful ending”, giving the ordering of the songs within the set as a whole a deeper resonance as a queer narrative, constructed and curated from originally heterosexual songs. Given that these (like all love songs of Gershwin's time) were never written for a queer context, it’s particularly poignant that “They’re Writing Songs of Love, But Not For Me” forms the structural and emotional centre of the first set.

Finally, what I love about the Gershwin Arrangements is that they are written so beautifully for the piano, drawing together the freedom and sense of play of a jazz pianist, rich, Rachmaninov-like textures, an angular beauty of that recall Schoenberg’s harmonies, and touches of the complex rhythms and virtuosity that feature in Finnissy’s other works, all while celebrating the melodic genius of Gershwin’s songs. They’re a great introduction to Finnissy’s music, but also showcase a master at the top of his game, and confirm his place as one of the greatest living composers for the piano.

Pianist Zubin Kanga has collaborated with many of the world’s leading composers including Michael Finnissy, Thomas Adès and Beat Furrer, and has premiered more than 90 new works, focusing in recent years on interaction with new technologies. He has performed at international festivals including the BBC Proms, Huddersfield Contemporary Music Festival (UK), Melbourne Festival, (Australia), Manifeste Festival (France) and Borealis Festival (Norway) as well as being an Associate Artist of the Bendigo International Festival of Exploratory Music. He is a member of Ensemble Offspring, and has performed contemporary concerti with the Melbourne Symphony Orchestra and the London Sinfonietta. He is a Leverhulme Research Fellow at Royal Holloway, University of London.