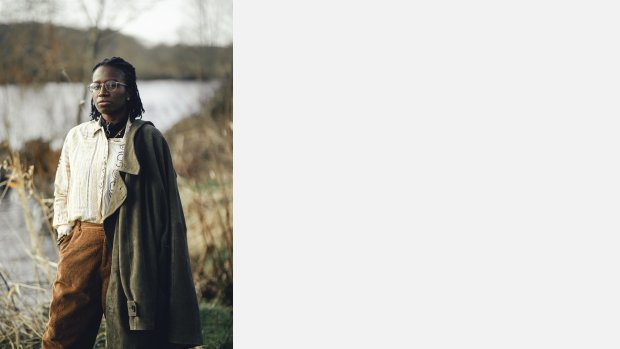 A woman with a highly impressive array of talents and skills, and a dynamic music creative with experimental albums and tracks/remixes on Come Play With Me, Kynant Records, OTONO, Reel Long Overdub under her belt, NikNak regularly redefines and expands upon her role as a ground-breaking multidisciplinary artist.  Her debut album Bashi received acclaim from Resident Advisor, listed as one of their Best Albums in January 2021 as well as airplay on BBC Radio 3, Worldwide FM and Threads Radio. Previously mentored by Shiva Feshareki, Anna Meredith and Supriya Nagaranjan, NikNak became the first Black Turntablist in history to win the illustrious Oram Award in 2020, has been featured in well renowned publications such as Mixmag, Resident Advisor, Yorkshire Evening Post, Electronic Sound Mag, and DJ Mag, and received support from Arts Council, Brighter Sound, Launchpad, Sound UK, Sound and Music, and PRS Foundation.

A member of the Eve's Drop DJ Collective and listed as one of DJ-Mag’s “Ones To Watch in 2022”, NikNak continues to build upon her vast DJ-ing experience having blown audiences away with her eclectic DJ sets at festivals like Wilderness, We Out Here, Leeds International Festival, Bestival and more, as well as running the "Dub Sirens" and "Melanin" events in Leeds. NikNak also is dedicated to expanding her unique Turntablism practice within immersive surround-sound compositions and improvised performances, working tirelessly to develop her sounds to show audiences just how robust and experimental her music can be with her outspoken, passionate, bubbly and comic book-nerd personality.

NikNak has also ventured into the world of podcasting via "The Narrative" podcast, a safe space for Black non-male creatives to express openly about their worlds. NikNak also has been rapidly increasing her experience in theatre music production, composition and sound design, and has worked on productions such as "Dracula", "The Shit", and "The Princess and the Pea" at Leeds Playhouse. And if all that wasn’t enough, as the resident Turntablist/in-house producer of the group, NikNak is also a member of TC And The Groove Family, the bold and energetic UK-based 11-piece collective that thrives on exploring grooves and genres from around the world within their dynamic music.

With such a varied and deep wealth of experience and knowledge, time and time again NikNak regularly proves that she is one of the most productive music creatives working in the industry today, and continues to surprise everyone no matter the setting.