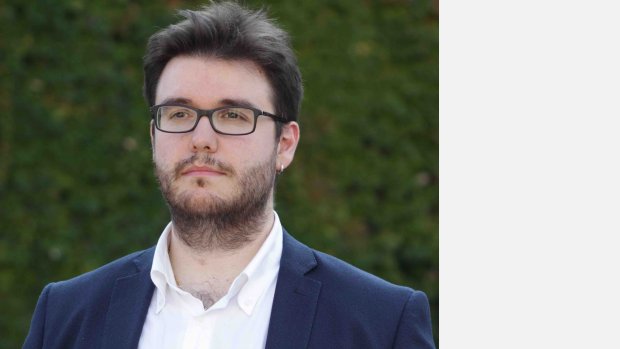 In 2015 he wrote for the cultural association "Woland" a piece for piano solo within the "Prometheus Project", a project based on synaesthetic research (connection between sound and color) of the Russian composer Aleksandar Skrijabin. In 2016 he collaborated in the soundtrack composition of Max Reinhardt's 1911 silent fm "Eine Venetianische Nacht", composition for large wind ensemble in neoclassical style, whose projection and live performance took place at "Le Giornate del Cinema Muto" of the same year, one of the most important international festivals dedicated to silent flms (held annually in Pordenone), receiving great acclaim from the critics. Also in 2016 he won a composition competition in Trieste with a scholarship/internship at the University of Toronto with a premiere. His compositions are performed in Italy, Canada and the Netherlands.

He attended the second year of the BMus in Rotterdam, within the European project "Erasmus Plus" at the "Codarts University of the Arts" (Rotterdam), where he studied with Maestro Hans Koolmees and electronic composition with Maestro Rene Uijlenhoet.

The experience abroad has given him the opportunity to forge important relationships with young concert performers, writing piece specifcally for them. In 2018 he won a competition organized by Maestro Emmanuele Baldini, artistic director of the Chamber Orchestra of Valdivia (Chile) and concertmaster of the Sao Paulo Symphony Orchestra (Brazil); the competition consisted of composing a movement (the fourth) of the "Suite Verdi", a composition based on the nineteenth-century symphony form on Verdi themes and arias. He won the frst prize both given both from the popular jury as well as from the orchestra, with a performance of the piece “Entropy”, dedicated to the OCV.

In 2018 he won the "Premio Nazionale delle Arti - categoria C, composizione per orchestra", a competition organized by the Italian Ministry of University and Research, with the piece "Glitches", a tribute to Claude Debussy and Gioacchino Rossini. The jury was formed by Alessandro Sbordoni, Gilberto Bosco, Rosario Mirigliano, Marco Pedrazzini and Fausto Sebastiani. The composition was performed by the ONCI at the Auditorium Parco della Musica in Rome. The year after, on September 2019, his chamber opera “Mal di Terra” was premiered in Macerata, Italy at Lauro Rossi Theatre.

Numerous performances of his pieces have been done during the last years in London, by The Hermes Project, The Explore Ensemble, different solo pieces, and the RCM Philarmonia.

In addition to his career as a composer, he teaches composition, harmony, piano, theory and solfege.