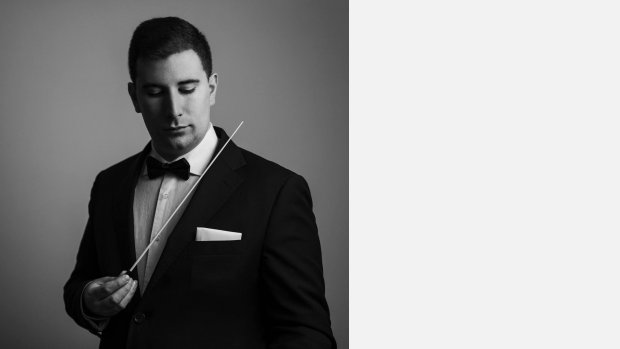 At a young age he was granted admission at the Conservatoire “Vincenzo Bellini” where he pursued his classical music studies for five years while also studying modern music at “Officine Sonore” Modern Music Academy. Afterwards he pursued an in-depth study of modern music for two years at ICMP London - The Institute of Contemporary Music Performance before beginning his composition studies at the University of Chichester where he also studied theory, analysis and conducting.

In 2015 he collaborated as composer with the Royal Central School of Speech & Drama and, during the same year, he also served as the Artistic and Executive Director of The London Experience, actively promoting the values of multicultural artistic exchanges and bringing London-based artists from different countries and backgrounds to discuss and perform together.

In March 2017 the first movement of Farewell, one of his virtuosic pieces for solo piano, was successfully premiered in England by the University of Chichester’s distinguished faculty Professor and Pianist Terence Allbright, followed by other Premieres of his work and Performances in various Concert Halls and Festivals in New York City.

In 2018 the first Act of Riccardo’s Opera The Fairy Queen for Chamber Orchestra, Soprano and Mezzo-Soprano and Fallender Himmel for String Quartet were performed by the NYC Chamber Orchestra The Curiosity Cabinet and the Random Access Music String Quartet in occasion of various concerts in venues such as the Kupferberg Center for the Arts, LeFrak Concert Hall, the The Secret Theatre and Festivals in New York City such as the Queens New Music Festival and the Queens College Arts Festival. At the same time he was also awarded the City University of New York’s “G. Fontrier” Composition Award, a prestigious award conferred by CUNY in recognition of special achievements within the composition field.

In 2019 he served as the Artistic and Executive Director of the Moveo International Festival 2019 and the Moveo International Conference 2019. The Festival was held at the Opera House of the City of Noto, a UNESCO World Heritage Site. During the Festival the Sicilian Lyric Choir performed the first movement of Riccardo's choral composition "Oceanum Ex Luci, I. O Luna" which features an original text written in Latin by the composer himself. In the same year Riccardo also performed during a recording session at Abbey Road Studios' iconic Studio One in London and was awarded a Bachelor of Arts with Honours in Music from the University of Chichester.

In 2021 two of his compositions, Hier ist kein Warum and Fallender Himmel for Bass Clarinet were performed during two virtual concerts in New York City. In June 2021 he was awarded a Master of Arts in Music from the City University of New York, Queens College. Riccardo has also been active as an independent researcher; his body of publications have been published in multiple languages and include publications such as Analysis of Bartók: No. 7 from Eight Improvisations on Hungarian Peasant Songs, op. 20 (2020), Heinrich Schütz (1585–1672), “Wann unsre Augen schlafen ein” (2020), Analysis of György Ligeti’s "Pour Irina" (2018) and Music Theory and its value (2017).