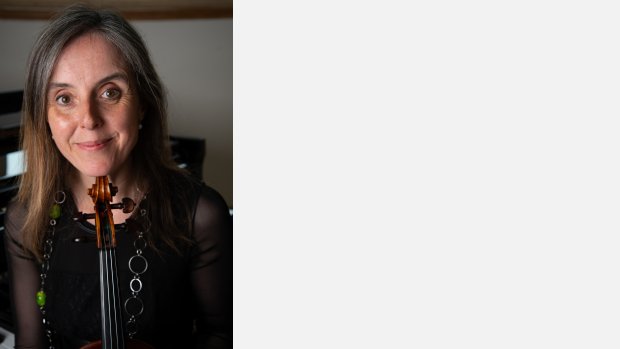 Jennifer Wrigley is highly respected globally not only as a world class fiddler but as an ambassador for traditional Orkney music. She is internationally recognised as one of the leading fiddle players and traditional composers to come out of Scotland in recent years; influencing and inspiring players all around the world. Her style reflects ages of musicianship that has been passed down aurally from her heroes in Orkney. She is a previous winner of the BBC Young Tradition Award and Nominee for BBC Alba Instrumentalist of the Year. Alongside her twin sister Hazel, performing as celebrated duo ‘The Wrigley Sisters’ and with six-piece Scottish folk band ‘Seelyhoo’, she has recorded over a dozen albums, undertaken three world tours, visited forty-seven countries (including fifteen trans-Atlantic trips) and appeared in countless television and radio productions. Together, Jennifer and Hazel have worked with many internationally renowned artists such as Evelyn Glennie, Dougie Maclean, Dick Gaughan, Aly Bain and Phil Cunningham to name a few. Additionally, Jennifer has worked with 'Live Music Now', a charitable initiative created by Yehudi Menuhin and patronized by Prince Charles, delivering musical programmes to the elderly, young and disadvantaged in a range of health and care settings. Jennifer has written and arranged over 200 tunes which have been recorded and performed worldwide by artists including Liz Doherty, Alasdair Fraser, BT Ensemble, Trondheim Soloists and BBC Scottish Symphony Orchestra. Glasgow Herald – ‘Jennifer's multifaceted fiddling - ranging from coquettish twists to full-blooded expression-as well as her consistently high-quality tunesmithery’ More recently the sisters set up ‘The Reel’ in the heart of Kirkwall, a teaching and performance venue for Orkney traditional music, enjoyed by thousands of Orkney folk and visitors alike, neatly combined six fully equipped teaching rooms, a licensed café bar, performance and rehearsal spaces and Orkney’s only music shop, serving as a highly popular, central cultural hub for all ages. It was the only music school dedicated to Orkney music and culture. It had a worldwide reputation for excellence. Sadly ‘The Reel’ was forced to permanently close last year due to financial problems in the wake of the Covid-19 pandemic. Following 16 years dedicated to ‘The Reel’ in Orkney, Jennifer has recently relocated to Malvern, Worcestershire to be with her partner, fellow Orcadian Laurence Wilson, a musician and kindred spirit with whom she grew up in Orkney. 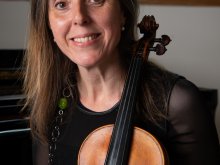