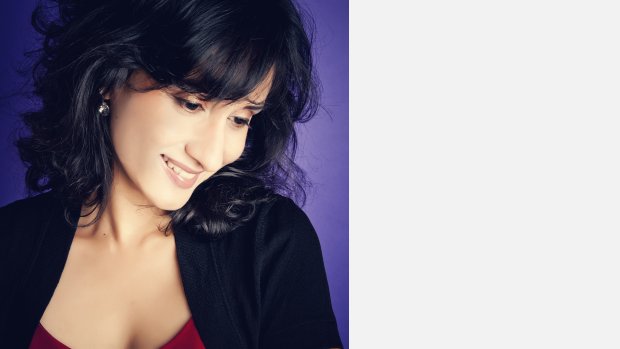 Classically trained and with a trans-disciplinary background in Asian and Popular music, Ekanayaka is the first and only Sri Lankan composer, in history, to have a complete albums of original works released worldwide by an international record label. She is also a linguist, musicologist and record producer.

Influenced by her multifaceted academic and educational background, multilingualism, ambidexterity and partial colour synaesthesia, a unique feature of Ekanayaka’s deeply autobiographical works which evolve when she is at the piano (and at times in her dreams), is that they are precisely frozen in her memory once evolved, and as such remain entirely unscored. A lifetime of being surrounded by a plethora of very diverse musics and musical genres from around the world ever since she was a child, combined a creative practice which seeks to broaden the musical narrative of the piano across cultures mostly unassociated with the pianistic canon, has meant that Ekanayaka's works are naturally inspired by melodies and musics originating from a wide range of traditional, folk and popular musical traditions both of her homeland Sri Lanka and countries around the world.

Her solo albums of her own compositions for solo piano performed and produced by her titled ‘Reinventions: Rhapsodies for Piano’, ‘Twelve Piano Prisms’ and 'The Planets & Humanity - Piano Reflections' were launched worldwide by Naxos Records (Grand Piano Records) in 2015, 2018 and 2021, respectively.

Her composition ‘Adahas: Of Wings Of Roots’ is also featured in the Naxos Records box-set ‘The Key Collection: Three Centuries of Rare Keyboard Gems’ released in 2017. Comprising twelve interconnected works which have been streamed across over 170 countries, her album ‘Twelve Piano Prisms’ was named one of the top 100 albums of 2018.

In March 2022, '3 Centuries of Female Composers', a limited edition 10-CD box-set comprising works for solo piano featuring some of the greatest female piano composers since the 18th century was released worldwide by Naxos Records (Grand Piano) in celebration of International Women’s Day and Women's History Month, 2022: CD-9 of this set comprises eight of Ekanayaka’s most recent compositions found in her solo album ‘The Planets & Humanity – Piano Reflections’.

Collectively, the compositions in Ekanayaka’s three solo albums incorporate reinventions of all 18 Sri Lankan vannams (an ancient set of dances dating back to the 16th and 17th centuries) and trans-created echoes of traditional and folk melodies of peoples of Armenia, Australia, Brazil, Canada, China, India, Japan, Norway, Tanzania, Sri Lanka, the United Kingdom and the United States, the majority of which have never been previously harmonised or referenced through the piano.

Between 2012 and 2014 Ekanayaka developed a music composition project on a purely voluntary basis aimed at empowering traumatised as well as underprivileged Sri Lankan children/youth recovering from the civil war which ravaged the nation for over thirty years. Over the course of this project, she worked with over 1100 Sri Lankan children and youth.