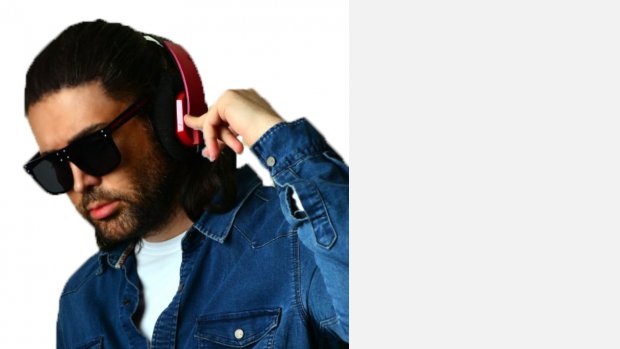 Kambiz Noorollahi (Persian: کامبیز نوراللهی) born September 7, 1988 in Tehran Iran, better known by his stage name Kamibekami (Persian: کامی بکامی) is a musician, composer and music producer.Ever since he started composing and producing music way back in 2006, he has overcome all odds to build a name for himself in the industry. Actually, not many successful musicians in Iran can go without mentioning his name.Kamibekami’s love for music did not just start the other day. His love for music dates back to his childhood life. In his teens, he was taught music professionally with experienced and professional teachers. That is what made him become the professional composer he is today, an idol for many upcoming artists in and out of Iran.

What is even more fascinating is the fact that he also doubles up as a composer of the electronic, genre. Furthermore, he is a composer and producer of his own album. This is something that not many celebrities have been able to achieve in the history of their career. No wonder he enjoys a celebrity status in his home country and also overseas.

Even though he is known to start work from 2006, he has surpassed so many musicians who ventured into the music industry way before him. This is clearly evident as he continues to deliver the hit music his fans love. Actually, he is famous for delivering music that plays with the human mind and has hidden messages.

As a leading singer in Iran, most of his collaborations have been released in the form of several albums and singles. One of his best albums as per the majority of his followers is the famous ‘Masters of the Universe.’ The album has six hit tracks with a special arrangement notably Master of the Universe, Hybrid, White Dream, THIS IS ENERGY, Free Zone, and Celentic Age.

When it comes to the world of music production, he excels mostly in the field of Instrumental with house and trance genres. Actually, he has a host of leading tracks under his belt that are constantly played at the best music festival.

Considering many upcoming musicians, leading musicians and fans look up to him, he has emerged to be a public figure in Iran. Of course, this was always set to happen since his productions are aimed at inspiring both young and old into changing their lives for the better. That explains why he commands a huge audience on different social media platforms.

The star of Kamibekami continues to shine not only in Iran but also worldwide. To continue inspiring his fans in Iran and beyond, Kamibekami still delivers what they expect be it as a DJ, songwriter, or musician. For his followers, better things are on the way in the years to come. To listen to some of his most seen tracks, be sure to check out his official website. You can also follow him on different social media platforms to avoid being left behind.