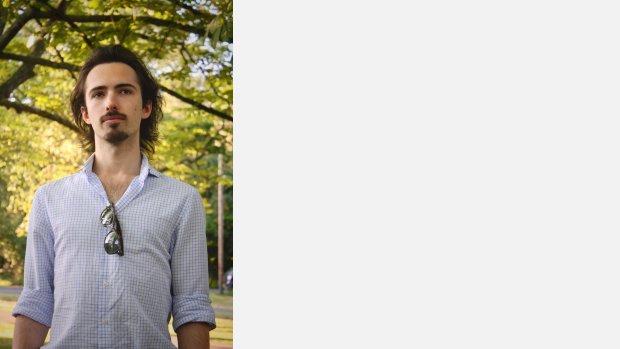 Luciano Williamson is a composer of bold, uncompromising and experimental music; he is a writer and creator with a strong passion for the art of storytelling; he is a conductor and champion of new music in all forms; he is a music notation specialist who produces scores that push the boundaries of how we write and perform music.

Luciano looks to all areas of art and life for inspiration. Musical theatre has played an enormous part in his development as a creator, as have the most avant-garde, conceptual composers of the twentieth and twenty-first centuries. This blend results in concert and theatre experiences that are thrilling, highly engaging, often challenging, and unconventional. Luciano’s love of music notation pushes him to experiment further, with not just how we notate music but how we compose and perform it too.

Luciano has worked with many musicians including the Nieuw Ensemble, Jeremy Huw Williams, the BBC National Orchestra of Wales, Psappha and Corvus. His music has been performed on three continents, and has been described as “imaginative, precise and sensitive”, “remarkably effective”, and “a bloody noise”.

In 2018 he worked with playwright Kaite O’Reilly on her Creative Wales Award, “The Performative Power of Words with Music,” and again in 2020 on Tŷ Cerdd’s CoDI Text scheme. He has also taken part in the Ludlow English Song Weekend 2019, Psappha Composing for Bassoon 2019, and Composing in the Wilderness 2019.

Luciano studied at the Royal Welsh College of Music and Drama, graduating (MMus) in July 2020 (BMus 2018), where he studied composition with Mark David Boden and Joseph Davies, and conducting with Tianyi Lu. His studies were supported by the RVW Trust, the Arts Council of Wales, and the Clive and Sylvia Richards Charity.