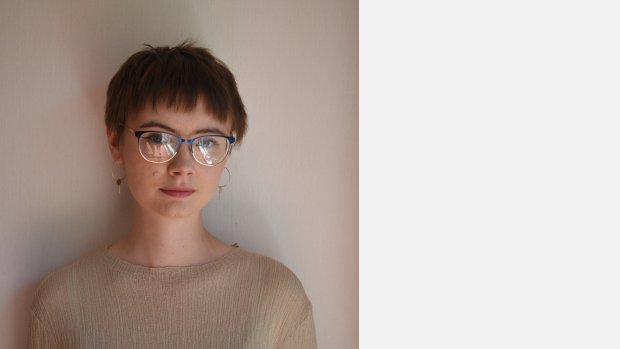 Gillian Walker is a composer from Scotland whose work is concerned with the visual and theatrical.

Recent commissions have included: White Room premiered by Mr McFall’s Chamber for the 2019 Cumnock Tryst Festival which reflects on the loss of memories from both Glasgow School of Art fires; Another Language written for Hebrides Ensemble as a part of the RCS Monday’s at One Concert Series; Polaroid for Chris Marker written for the 2019 Sound Festival and Red Note Ensemble; and The Yellow Wallpaper written for Chamber Music Scotland’s Ensemble in Residence GAIA Duo.

Gillian is the recipient of the Kimie Composition Prize 2019/2020, which resulted in a new work, The Music Box, for Prismatic Winds commissioned by Live Music Now Scotland for an audience of children with additional support needs, and the 2021 Patron’s Fund Prize (Royal College of Music) for composition.

During 2020, Gillian was selected for the Scottish Chamber Orchestra’s New Stories Scheme for emerging composers, receiving mentorship from Anna Clyne and Janis Mackay. Gillian is a recent graduate of the Royal Conservatoire of Scotland and is currently studying at the Guildhall School of Music and Drama, kindly supported by a Dewar Arts Awards, Sir James Caird Travelling Scholarship Trust, The Cross Trust and a Guildhall Scholarship.