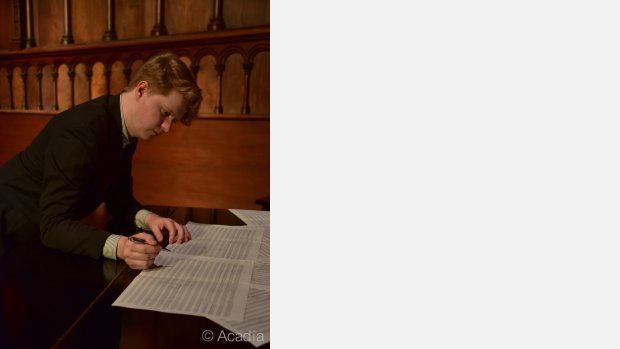 Michael Small’s music is bright, full of vivid colors, and explores themes of memory and narrative. His works have been performed by some of the finest soloists and ensembles in the world, including the London Sinfonietta and Grammy Award winning pianist Gloria Cheng. In 2020, Michael won the inaugural Royal Over Seas League Composition Award, which resulted in a commission for the London Sinfonietta. For Years Now was inspired by the work of the German writer W.G. Sebald, and premiered in July 2021. In 2014, he won a Royal Philharmonic Society Young Composer Award, which resulted in a piece for solo violin called White Space for UK violinist Fenella Humphreys and premiered at the Presteigne Festival in August 2015. It has since received performances in Bristol, Oxford, Liverpool, London and at the National Galleries of Art in Edinburgh, before a painting by the artist who inspired the work. Michael’s piece for the Momenta Quartet, Memory Palace received its New York premiere in October 2015 as part of the Momenta Festival.

Michael studied composition with David Horne as an undergraduate at the Royal Northern College of Music between 2007 and 2011, where he received a First Class BMus Hons. During his time there he wrote for several festivals and participated in masterclasses with Rolf Hind, Simon Bainbridge, Graham Fitkin, Christopher Rouse, H.K. Gruber and Sir Peter Maxwell Davies. Michael’s work Alacrity [for Sinfonietta] was premiered in May 2010 by Ensemble 10/10, was described as “a brief but exhilarating ride” by The Guardian. In 2011, Michael was awarded the Sage Fellowship to study composition at Cornell University on the D.M.A. program. He studied there under the tutelage of Steven Stucky and Kevin Ernste. Michael received his doctorate from Cornell University in 2017, after successfully defending his thesis on Julian Anderson’s seminal work Symphony. 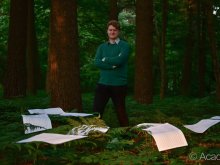